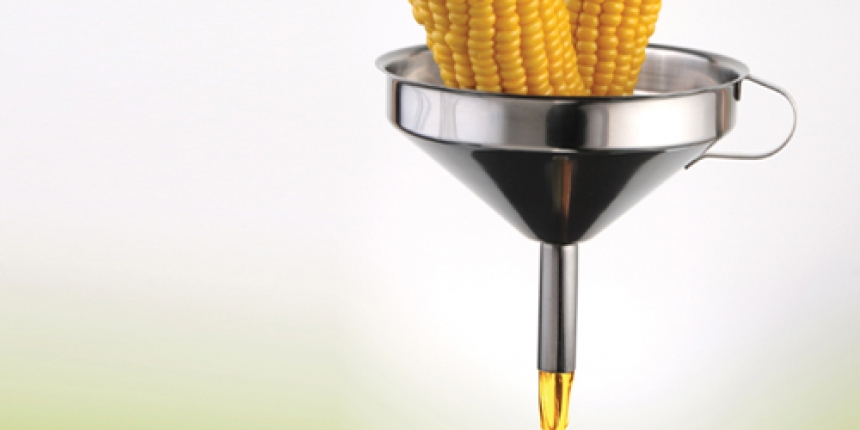 While the drought is having a profound impact on crop production, thanks to ethanol production there is a larger and more flexible corn supply than was available during previous droughts of this magnitude.  “A USDA report confirms what we already knew that the drought’s impact on supply and price will be felt by corn consumers around the world,” stated Iowa Renewable Fuels Association (IRFA) Executive Director Monte Shaw.  The following list from the IRFA gives 10 ways that ethanol production helps livestock farmers during the 2012 drought.

The ethanol industry has driven the production of a larger corn crop. Simply put, there is more corn to go around. American farmers responded to the demand for more corn for ethanol processing by planting millions more acres. With no ethanol industry, farmers would have likely planted around 75 million acres of corn this year (just like they did in 2001), instead of 95 million acres. So, factoring in drought reduced yields, without ethanol production the 2012 corn crop would likely be more than two billion bushels smaller and there would be NO distillers grains to use as a cost-effective substitute for high-priced corn and soybean meal.

The ethanol industry will bear the brunt of any rationing stemming from the drought. Without ethanol, the smaller corn harvest (yield and acres) would have to be rationed solely by livestock producers (domestic or export customers). Ethanol producers have already cut back production by over 10% (several plants have shut down, putting people out of work), and that’s likely just the beginning.

Due to ethanol demand, seed companies spent much more than they would have otherwise on research and development over the last decade. As a result, farmers have access to seed varieties with greater yields that can withstand the drought much better than in prior years, like 1988.

Maintaining the RFS sends a market signal to world farmers (including those in South America who will be planting soon) and U.S. farmers not to reduce corn acres. Conversely, lowering the threshold for waiving the RFS would send a market signal that renewable fuels are not a reliable market and corn acres planted would be reduced ultimately hurting the livestock groups asking for such a waiver.

One-third of every bushel of corn processed into ethanol returns to the livestock feed supply in the form of distillers grains including all of the protein, fat, fiber and other nutrients. Only the starch portion of the kernel is used to produce ethanol. Last year the amount of distillers grains produced was more than the total amount of grain consumed by all the beef cattle in American feedlots.

As the nutritious feed portions of the corn kernel are concentrated, distillers grains are a more efficient source of energy and protein than the ingredients they are replacing in livestock diets. Distillers grains provide approximately 130-150% of the energy of an equivalent amount of corn when fed to beef cattle. This allows for the use of cheap roughage (corn stalks, soybean straw) to be used in livestock diets.

The drought has negatively impacted much pasture land. Without ample grass, cows may be unable to nurse their calves for the traditional 200-day period. According to Purdue University research, by incorporating distillers grains at 30 or 60 percent of the ration and weaning calves after 100 days, cattle feeders can save money on feed costs with no negative impacts on average daily gain, feed intake and marbling score.

Distillers grains improve weight gains despite external factors, such as hot, dry weather. Andy Jenson of Jenson Farms in Nebraska stated that since cattle like the taste of distillers, they eat on a steady basis and gain weight more uniformly, despite changes in weather.

Distillers grains provide an economic source of energy, amino acids and phosphorus for hog diets. According to University of Minnesota research, distillers grains improves the digestive health of grower-finisher pigs and may increase the size of litters when sows are fed high levels of distillers grains (30-50% inclusion rate). Roger Zylstra, of Zylstra Hillside Pork near Kellogg, Iowa, adds 30% distillers grains to his hog rations and notes that animal performance is the same while costs are reduced.

Fueled by its desire for conflict, and a well-...