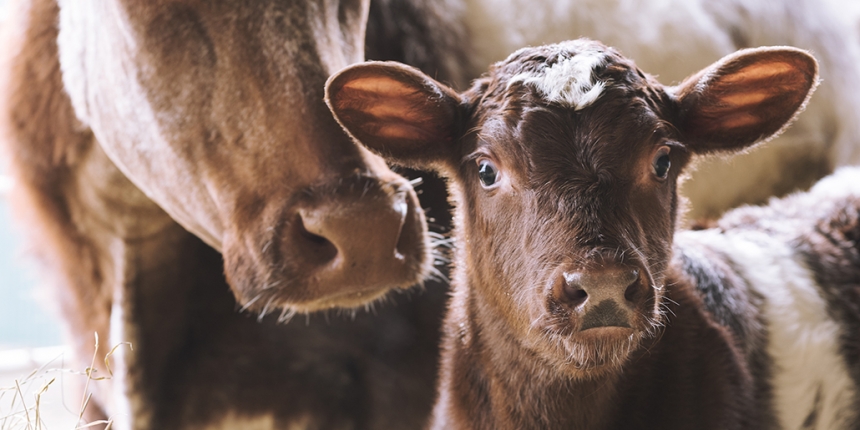 The cow-calf industry’s goal is to produce a live, healthy calf, weaned from its mother and ready for life on its own. With roughly 700,000 cow-calf producers in the U.S., and an average cowherd of approximately 40 cows, the cow-calf industry is definitely big business. Cow-calf herds are more prevalent where there is abundant grass, but there are beef cows in all 50 U. S. states. Each geographical region presents its own production opportunities and challenges. With wise management practices based on evidence-based solutions to these production challenges, beef production can be profitable regardless of the geographical location of the operation.

At the forefront of these cow-calf issues is Phileo-Lesaffre Animal Care www.phileo-lesaffre.com, the animal health and nutrition business unit of Lesaffre Yeast Corporation (LYC).  Lesaffre is a family-owned business founded in northern France in 1853. The Lesaffre group is a global expert in the field of yeast and yeast extracts with a global presence in more than 70 countries with 63 production sites across the five continents. The company is built on a philosophy that “Nothing is more precious than life.”
With its U. S. headquarters in Milwaukee, WI and plants in Cedar Rapids, IA and Dothan, AL, Phileo-Lesaffre Animal Care is committed to help provide America’s producers with evidence-based solutions that enhance animal health and performance, and as a result, to better enhance the lives of people.
According to Dr. Joe Ward, who is North American Project Manager and has been in the animal research and health business for over 45 years, “From a business and profitability standpoint, the management focus of the cow-calf enterprise should be balancing the value of total annual sales versus the unit cost of production. The ‘unit’ is defined as the brood cow; annual sales are defined by the number, weight, and price of calves sold after weaning.”
Ward says, “With this in mind, the single greatest driver of cow herd performance is fertility. Although heavy weaning weights are certainly desirable, a live calf born every year and sustained through weaning is the primary goal. For this reason, most of the rancher’s management emphasis should be on getting cows bred in a timely manner. 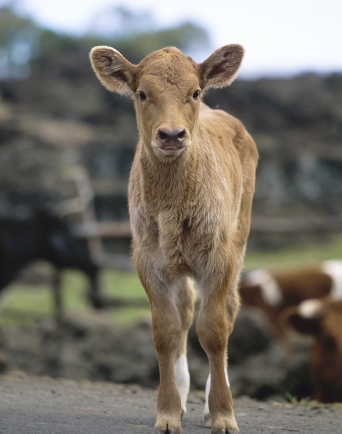 Although there are many disease challenges to the beef cow-calf producer, cows that fail to breed during the defined breeding season or that breed late in the breeding season are a tremendous drain on the producer’s operational profitability.
Ward notes, “Without a live calf on the ground, all our knowledge of nutrition and disease management becomes irrelevant. And by breeding late in the breeding season, a brood cow has guaranteed that its calf will be lighter at weaning time, simply due to a lack of days nursing prior to weaning with rest of the herd.”
In addition, cows that fail to conceive are most often culled and sold to avoid the costs of feeding an open cow throughout the winter. While many of those culled cows may be old and unable to maintain sufficient body condition to remain fertile, unfortunately, many open cows are only 2-4 years of age. This causes frustration for the producer, because these young cows represent the progressive genetics of the herd. According to Matt Cravey, Ph. D., PAS and head of the North American Ruminant Programs here in the United States, “We can identify reasons for these young cows being open. For instance, because of the nutritional demands of continued growth in addition to lactation, young cows can have insufficient nutrient supplies to support conception.“
A major contributor to nutritional infertility is internal parasitism. Internal parasites attach to the wall of the abomasum or small intestine and feed off the host.  Adult parasites lay eggs, which are defecated onto pasture. In warm moist conditions the eggs hatch releasing infective larvae, which are once again consumed by the grazing animal, re-starting the parasitism cycle.
The good news is there are answers to this problem. Cravey says, “Body condition score, a visual assessment of a cow’s energy reserves, leading up to calving is the single most effective tool the cow-calf producer has to manage and prevent nutritional infertility in the cow herd. By isolating thin cows several months prior to calving and providing them with additional nutrition and addressing minor issues including parasites, these cows can be treated and fed into a nutritional state which will support growth and lactation. These brood cows will also have sufficient energy available to support reproduction and, therefore, produce a healthy robust calf every year as well.”

Second greatest challenge: Neonatal Morbidity
The second most challenging aspect of cow-calf production is neonatal morbidity.  The newborn calf, if born under poor environmental conditions, is highly susceptible to an array of viral and bacterial pathogens. To combat the attacking pathogens, the well-fed brood cow will provide defenses for the newborn calf both in utero and after birth.
Cravey notes, “One common cause of immunosuppression in the newborn calf is lack of energy. Cows, which calve in a thin body condition often do not have sufficient energy reserves to support the calf in utero. The lack of available energy dramatically reduces the calf’s ability in utero to deposit energy reserves in the forms of glycogen and fat. Until the calf is able to stand and suckle, the only energy it has available is that which has been stored in its own tissues during the final month of gestation.”
In addition, cows that calve in poor body condition will provide a lesser quantity of colostrum, and the quality of the colostrum---the amount of fat, protein, and immunoglobulins in the milk---will be poor as well. Colostrum is the first source of nutrients for the calf, but it is also the primary source of circulating immunity against common pathogens that the calf will likely encounter in its first days, weeks, and months of life. Cravey adds, “Without an adequate supply of these vital immunoglobulins, the calf will likely be a victim to viral or bacterial infection. Once again, adequate nutrition of the cow can prevent disease in the calf.”
Respiratory disease and scours are common diseases of the cow-calf operation.  However, if the calf has been adequately prepared by the dam, both in utero and shortly post-partum, these challenges can be kept to a minimum through management of the calf’s environment. Respiratory disease after several months of age is often the result of environmental stressors coupled with commensal bacteria already inhabiting the respiratory tract.  But if the health of the calf is protected by caring for the gestating dam during the months leading up to calving, and optimizing the environment for the calf after calving, disease risks are minimized.
Disease can only occur in two ways: (1) an overwhelming load of pathogen, or (2) a suppressed immune system. According to Cravey, “The calf born to a thin cow will likely have a suppressed immune system. However, calves born to well-fed cows can still succumb to disease due to either overwhelming pathogen load or a poor environment. If cows are calving in a congested area where other cows have been defecating, urinating, and calving for days or weeks, the area is likely rife with viral and bacterial pathogens to which the calf is immediately exposed.” Unfortunately, if this antigenic load is coupled with a stressful (wet, cold, muddy) environment, disease and even death is likely.
Once again, this negative situation can easily be addressed by allowing cows to calve onto a clean, dry, thermoneutral space, either indoors or outdoors, which has not been previously contaminated with feces, urine, and birthing tissues of other cows, most often leads to healthy calves. Many producers move cows due to calve onto fresh ground away from cows which have already calved to reduce the pathogenic load on the newborn calf, resulting in a dramatic reduction in neonatal disease. 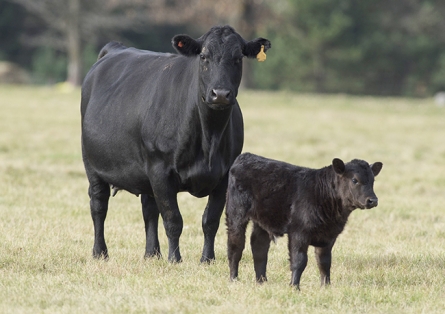 Positive results of a recent study
In a recent study with the University of Arkansas, Phileo Lesaffre Animal  Care tested a combination of yeast products in pre-calving cows. Cravey says, “In transition or pre-calving dairy cows, we have seen benefits of providing our products prior to this stressful event. So, in this university study, we fed beef cows on pasture a daily supplement with or without our products for 45 days prior to calving.”
Colostrum was collected from the cows at calving, and calf weights were recorded.  Cravey continues, “Our treatment did not affect calf birth weight, which is good.  Producers don’t want to increase birth weights and have to pull calves. However, 22 days after birth, the calves were weighed again. The calves from cows that were fed our yeast products were 15 pounds heavier. That’s a significant weight advantage.”
After looking at the colostrum, it appears that percent fat, percent lactose, percent protein and percent solids were all numerically higher for cows that received the yeast product. This likely had a positive effect on calf growth rate. According to Cravey, “We also looked at calf immune data, after drawing blood from the calves. The neutrophil to lymphocyte ratios of calves from cows supplemented yeast products was lower than control calves. This generally indicates less stress in the calves from the treatment cows. We could speculate that the calves from treated cows had less stress from disease or pathogens or even less stress from the birthing event itself.”
Both Ward and Cravey believe that proper cowherd management with practices based on evidence-based solutions, and that Phileo Lesaffre Animal Care has both the research and products to help ensure calf health and producer profitability.
Producers wanting to learn more about products can go to their local feed supplier and ask for Phileo Lesaffre Animal Care products by name or can contact the company through the website at www.phileo-lesaffre.com.