An Analysis of a "Crossbred Bull 'Fix'" 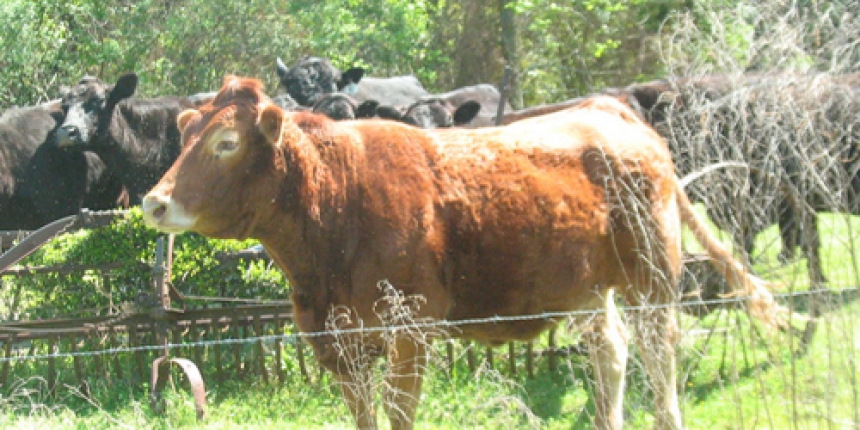 We read with great interest last month’s article, “Crossbred bull fix’” by Miranda Reiman of Certified Angus Beef (CAB). The hypothesis of the article was that using composite (F1) bulls had a number of disadvantages compared to purebred bulls and straightbreeding. Her reasoning was that composites (F1): had unpredictable calf crops; less reliable EPDs, which included lack of genomics; and could not be purchased in bulk. I would like to address these points.

First, a definition of the terms for “composites” and “F1” is needed. F1 seedstock are cattle that have two different purebred parent breeds and are referred to as hybrids, which this article is generally about, while composites seedstock are usually made up of a three to four breeds stabilized in a system over generations. Therefore for clarification, I will refer to hybrids when appropriate instead of the blanket term “composites” as the title suggests.

In the article she uses the personal experience of Jarold Callahan, president of the board of directors of the American Angus Association, to bring into question the predictability of hybrid progeny. His example of unpredictability is LimFlex, the hybrid that results from crossing Angus or Red Angus with Limousin. I am very familiar with this hybrid, having formerly been the executive vice president of the North American Limousin Foundation. Limousin are unique from the other major breeds making hybrids due to the presence in the population of the F94L gene, a very mild form of double muscling. This gene has been selected for by some breeders aiming for the lean market. Therefore, there would be slightly more unpredictability in LimFex offspring, if the F94L gene is present in the LimFlex hybrid, compared to other major breeds’ Angus hybrids. Without the presence of the F94L gene, U.S. Meat Animal Research Center data has shown there is no difference in predictability for economically important traits between all the major breeds’ seedstock hybrid bulls’ progeny when bred to commercial F1 cows, compared with straightbred progeny.

Her other example of unpredictability was for traits controlled by single genes. This basically is coat color and horn vs. polled. Most breeds have turned black to meet CAB’s 51 percent black hided live animal eligibility standard. Those not black are typically red for the environmental adaptability advantage, which this hot summer has shown to be beneficial. If in doubt, most seedstock producers genomically test their hybrids to determine the status of these traits, so commercial customers can make informed buying decisions. The idea that a commercial producer with average management skills would breed heterozygous bulls for the two traits to heterozygous cows to produce the implied unpredictability in the article is extremely unlikely. Like the Limousin example, this same problem of single gene unpredictability would exist for purebred bulls’ progeny as exists for the hybrids.

The last major point of the CAB article was being able to buy hybrids in quantity. The major breed associations are now registering around 40 to 50 percent of their cattle as hybrids. This means the numbers to buy are certainly available. As for size of hybrid/composite sales, some reach as high as 400 bulls, with delivery around the country. Quantity of bulls is certainly no problem for any size commercial operation.
There is a place for all types of breeding systems in the beef industry, including straightbreeding and crossbreeding, but with its heterosis and ability to be managed like a straightbreeding  system, all commercial producers should be taking a look at the benefits of hybrid bulls.