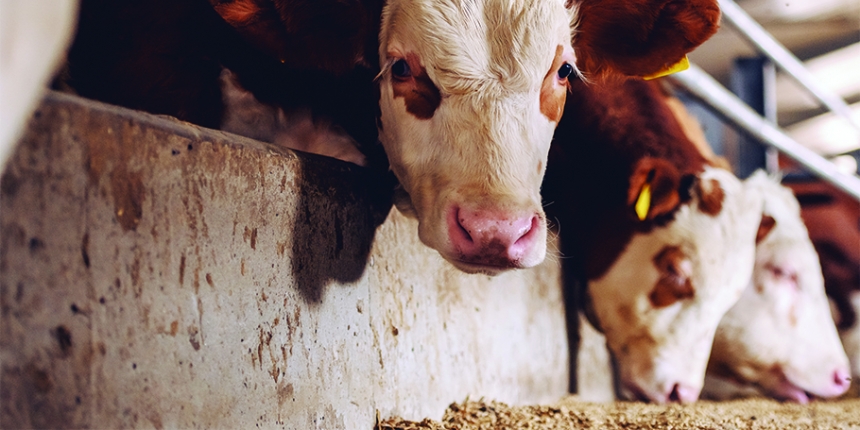 An Ohio Beef Producer fattens his herd in an enclosure with concrete slatted flooring and 10-foot deep manure pits, a set-up that helps simplify manure management.

Forget about cleaning cattle pens. An Ohio feedlot owner has taken the approach of housing his herd in a well-ventilated barn on slatted concrete floors. Manure collects in pits below the cattle pens, with the partially enclosed barn offering the cattle shelter from the elements.

Rom Hastings – co-owner of Hastings Farms General Partnership, along with his wife, Jodi, and son, Cody – says he doesn’t need to clean the barn except to pump out the collection pits below the concrete slatted floor once a year. The movement of the cattle within the pens propels the manure through the slats.
“As far as a slatted floor and manure collection pit operation, that is kind of unique for this area,” says Hastings. “At the time that the barn was built, it was probably state-of-the-art in the county … the cattle sleep and stand on those concrete slabs and the slabs have never been scraped since the barn was built, no power washing, nothing.”
Nor is there is any bedding used in the barn pens, which Hastings says is what he appreciates most about the barn enclosure. There is no need to handle and haul bedding out of the facility with this management system. And because the barn is well-ventilated, there is no requirement for fans or fly control. Also, in terms of potential accumulation of frozen manure on the floor in cold weather, Hastings says it has to be zero degrees for several days before he notices any accumulation. 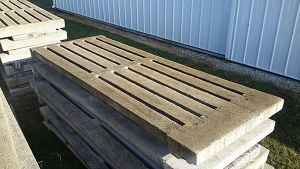