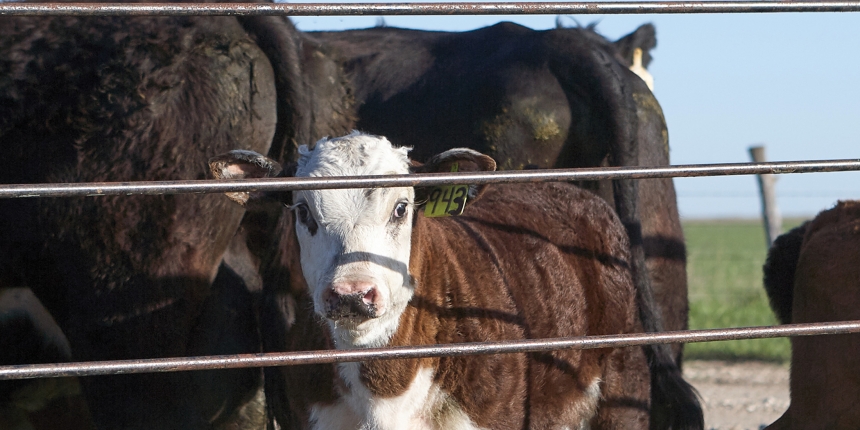 The calving pen is one of the most strategic locations on the farm. The four objectives of good calving pen management include:
• comfort and low stress for the dam,
• low health risk to dam and calf,
• opportunity for seclusion by dam, and,
• convenience for people working with the cow and calf.

There are various ways to achieve those objectives. Access to clean, dry pasture is the oldest option that farmers have used and is still ideal during times of the year when weather is favorable. But as we’ve moved cows inside on many dairy operations, we’ve tried to keep the best features of pasture and add convenience to monitor calving and the ability to feed and water them. Traditionally, we have recommended individual calving pens as the preferred maternity facility. Calving in individual pens makes it easier to work with the dam and to reduce the opportunity for both the cow and the calf to be exposed to manure-borne pathogens from other cows.

As Farms Get Larger...
A disadvantage of individual calving pens can be the number of pens and space it takes for a large herd. According to Cook (2007) in “Makin’ Me Dizzy – Pen Moves and Facility Designs to Maximize Transition Cow Health and Productivity”, a 1,000-cow dairy will average 20 calvings per week, with a range of 10 to 45. To accommodate 90 percent of calvings, the author estimates pen requirement as 140% of average weekly calvings. If a producer planned facilities based on this estimate and kept cows in pens for an extended period of time, this would mean dedicating more than 4,000 sq ft of pen space for calving at approximately 144 sq ft/pen.

Some farms use group calving pens with less than the proportional space. While recommended space for group maternity pens (Graves et al., 2005) is 175 to 200 sq. ft/cow, some farms have pens sized for far fewer than the 140% of weekly calvings. While this reduces the building space, the basic principles of maternity pens including opportunity for seclusion by the calving dam and reduced risk of exposure to manure for both the dam and the calf still apply. Therefore, management becomes even more critical in a group calving pen and potential risks are greater.

To mitigate risk in group calving pens and to lessen the space demand of individual pens, as well as to improve calving performance, some farms are moving cows into calving pens later in the calving process and keeping them in the pen for a shorter length of time.

Length of Time in Calving Pen
One farm used to move cows from a free stall close-up group to individual calving pens when they noticed the birthing process started. However, they experienced too many cows that would stop progress towards parturition after the move and as a result required intervention and, frequently, pulling of calves. Maybe this was due to the activity level around the herdsman’s office, located near the calving pens. But,whatever the reason for the interruption of calving, something needed to change.

On this farm, they changed when they moved dams into the maternity pen, waiting until the cow was much further along in the calving process. Now when they move them, cows are seemingly past the point of no return in calving and usually calve within an hour and without assistance. This type of system like that depends on frequent This system also de-emphasizes feed availability in the calving pen because it is used for such short periods of time. That can be an advantage in logistics. Cows on this farm are in the calving pen generally for only 1to 2 hours.

Managing Pathogen Exposure
Even cows that calve in individual stalls are often exposed to pathogens. Calving pen cleanliness is important to the uterine health of the calving dam. Generally, cows that get a uterine infection became infected in the calving pen.

In addition, the newborn calf is exposed to pathogens when it is very vulnerable due to its undeveloped immune system. Calving pens sampled in an environmental study on Michigan Johne’s Disease Control Demonstration Project farms were found to be contaminated with the pathogen that causes Johne’s disease, 17% of the time. This was on farms where there was an awareness of disease transmission, a knowledge of some of the infected animals, and a commitment to reduce herd prevalence. And yet it still occurred.

Manure can be left on gates dividing pens and stay there long past the contributing cow’s residency. Cows in neighboring pens may spread manure through gate dividers and bacteria may survive on the floor or walls. Producers must work to reduce exposure, but elimination of all pathogens is not attainable. Therefore, removing calves from calving pens as soon as possible after they stand reduces the opportunity for exposure.

Because the animals at greatest risk of infection and development of Johne’s disease are newborn calves, having a separate pen for dams identified as Johne’s test-positive can reduce the risk to the majority of calves born in the herd. That pen should be separated from others if possible and be at the end toward which pen manure is scraped so that risk of contamination of “clean” pens is reduced.

Health of Calves Born in Individual Pens vs. Group Pens
Management is the key to making any system successful. Pithua et al. (2009) evaluated the prevalence of calf diarrhea, respiratory disease and morbidity attributable to any cause in calves that were born in individual calving pens, cleaned between each calving, and calves born in group calving pens. All calves were separated from the dams within 2 hours of birth.

Calves were evaluated through 90 days of age.

The risk of diarrhea, pneumonia and morbidity due to any other cause was not significantly different between calves born in single-cow vs. multiple-cow calving pens. This study does not mean that there isn’t potentially greater risk to multiple cow pens, but that it can be managed.