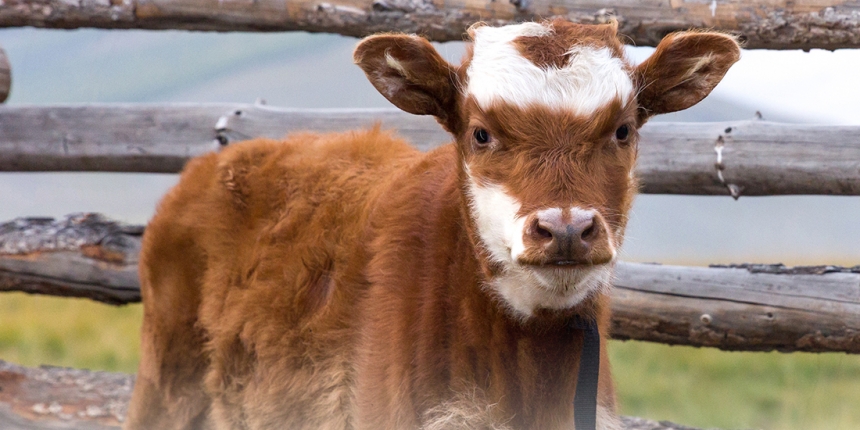 The priority at calving time is to first deliver a live calf from each pregnant female and then to kick-start that calf through the beginning stage of its life in a healthy fashion.

Numerous factors attack this goal including poor dam condition, prolonged or stressful calving, cold and damp weather, over-crowded unsanitary pens, lack of quality colostrum, disease and predators.
But the first day of calving season is too late to begin planning a defense.  To birth a live calf, the mother first needs to be in proper body condition with a score of 2.5 to 3.0 for cows and 3.0 to 3.5 for heifers.  Any shorting of nutrition during the gestation period will adversely affect the developing fetus, plus thinner, weaker females will produce deficient amounts and qualities of colostrum resulting in lethargic calves. These females will not return to heat in a timely fashion and will eventually wean lighter weight calves.  It is good practice to feed pregnant heifers separate from mature cows as they are still growing and will require higher amounts of nutrients in their diets.  Since heifers are generally smaller in frame, they are more susceptible to calving difficulties, so if possible breed them early and calve them at the start of the season when conditions are the cleanest and least harried.
A smart management plan matching the size of the average cow in the herd with easier calving bulls will help to limit the cases of dystocia (slow difficult births) and hypoxia (lack of oxygen).
Food for thought- a recent study of over 1300 cows on 15 farms in Iowa demonstrated that a single feeding of expectant females at dusk resulted in 85% of calves being born between 6 a.m. and 6 p.m.  Beside the fact that it is easier to monitor the cows during daylight hours, the radiant heat of the sun provides energy to newborn calves boosting vigor and colostrum consumption.
Twenty-year studies in the US show an average death loss of 3.7% of calves from birth to weaning, so be accepting of the fact that staying at or below that number will take extra work.  Stick to a routine of checking cows diligently at pre-determined intervals throughout 24 hours of each day.  Ready the barn or shed with calving pen, head-gate or stanchion, warming box or heating system and ensure good supplies of bedding and straw are available to limit the impact of environmental elements.  Consider installing extra alley gates or panels for everyone’s safety as cows and heifers can become very aggressive at calving time. 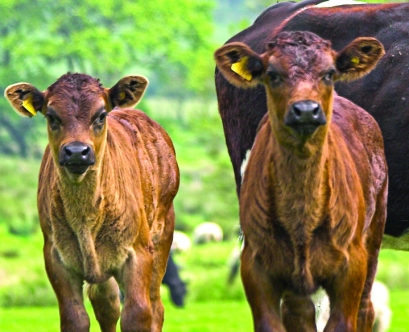 Start the season with a clean system and do your best to keep it that way, as it is impossible to achieve biosecurity in filthy conditions.  Put common sense to use by washing your hands often, using disposable gloves, storing a designated pair of boots in the working area and always handling the healthy calves before the sick ones in your routine.  Practice good husbandry and sanitation by keeping a supply of clean warm water and soap handy along with disinfecting all esophageal feeders and treatment delivery systems.
Once the calf has been safely delivered onto clean bedding, ingestion of colostrum becomes the immediate priority.  Since calves are born essentially devoid of antibodies, they must quickly absorb antibody rich colostrum through the wall of the small intestine to assist in fighting infections through the first weeks of life.  After birth, up to 35% of ingested immunoglobulins are absorbed while the number decreases to less than 5% over the course of the first 24 hours.  The general rule is that calves should receive at least 5% of their body weight or 2- 3 quarts or liters of good quality colostrum in the first 12 hours of life.

Spring calving season is approaching for many...

Running a profitable business is anything but...