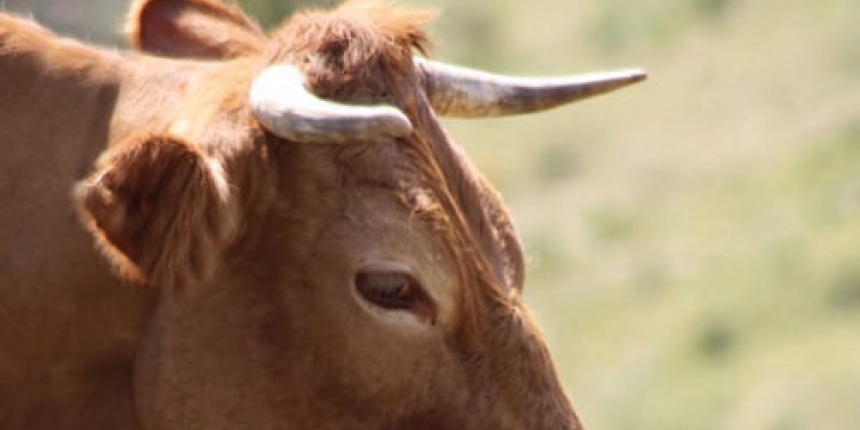 We’ve got a cornucopia of Estimated Progeny Differences; in the future, says Dr. Wade Shafer, we’ll have a better idea of what they all mean to profitability. “In the past,” says Shafer, Director of Performance Programs for the American Simmental Association, “the conventional approach has been we just collect data on everything we can get our hands on. Ideally we’ll calculate EPD’s on that, because we know EPD’s are the best estimate we can get when it comes to a particular trait. But then, we just kind of leave things hanging in the wind; we don’t really know how much weight to put on this huge array of EPD’s we’ve amassed.

And there are correct weightings; from an economic standpoint, we can weight those EPD’s in such a fashion that we actually know which animals are going to get us a better return than others.”

Shafer concedes commercial cowmen, and even a lot of seed stock producers, don’t know much about the genetic makeup of their cows. Fertility and longevity, he says, have been “kind of a black box.” But ranchers can now get a handle on those aspects of those cows, at least indirectly, through the “stay ability” EPD, which measures the probability of a sire’s daughter staying in the herd until she’s six years of age. “If breeders and commercial cattlemen focus on that,” says Shafer,” we know that you can increase or improve longevity dramatically. From our very worst sires to our very best sires, there’s quite a range.” He says stay ability has twice as much economic impact as any other EPD published by the ASA.

The Simmental Association, which has about 100,000 registered females, also has a maternal calving ease EPD, and Shafer says it correlates closely with the stay ability score. But although they know how long a bull’s offspring are likely to stay in the herd, they don’t know why. “In the past,” he says, “our recording process when it comes to keeping track of cows, why they weren’t in the database, wasn’t sufficient enough to know whether or not they were removed for being open, or for any myriad of other reasons.” ASA is now starting to accumulate that information through its inventory-based reporting system; every year and for every cow, participating breeders have to either report the birth date for her calf, or the reason why she didn’t calve.
However, the Association hasn’t incorporated that information yet into the genetic evaluation, and as Shafer said, many factors can influence whether a cow stays in the herd. One, of course, is whether she comes out of a season open; others include disposition, udder quality, and other structural issues such as condition of feet and legs.

Brett Barham, Assistant Professor in Breeding Genetics for University of Arkansas Extension, says some breeds have “docility” EPD’s that allow a producer to select for better temperaments, and this can be particularly important for a producer with limited resources. “When you just have one or two people working cattle,” Barham says, “sometimes it is more difficult to work cattle that are excitable, and sometimes even more dangerous to do that. And especially, once a producer starts getting up there to the age where they might not be able to have the mobility to get out of the way of an animal that’s upset, then that definitely does become important.” And worst of all, it’s contagious: “One unruly animal tends to get everybody else stirred up.

A cow that lacks structural correctness—as Barham describes it, “How they walk, how their skeleton is set up”—will typically break down before the end of her usual productive life. Udder problems also fall under that category, and Barham says a cow that starts to develop udder problems should probably be culled at the next opportunity. “If she’s got a calf now,” he says, “you can wean the calf off of her and cull her, because that problem’s not going to get any better. It’s always going to continue to get worse, and at some point you might even have to find a foster mother for her calf.”

The conventional wisdom has been to cull open cows, especially with the recent high cost of production, but Shafer says the financial decision needs to be separated from the breeding decision. It’s not the case, he says, that you’re getting rid of bad genetics by selling an open cow. “A trait like ‘pregnant’ or ‘open’ or ‘fertility’ is not very highly heritable,” he says; estimates range from 10-15%, down to zero. “Therefore,” says Shafer, “culling an animal with the intent of improving fertility in your cow herd isn’t going to be very effective.” The question really becomes whether a rancher can replace an open female with another cow with a superior EPD—in practical terms, a high stay ability profile. “That,” says Shafer, “will overall increase the genetic value of your cow herd for longevity and fertility and those kinds of traits, whereas culling individual cows and dealing with it on a cow-by-cow basis really isn’t going to get you anywhere. It truly is on the sire end; if you want to make improvement in longevity or fertility, don’t worry about your cows; focus on your sires, and pay attention to EPD.”

With modern breeding techniques, producers can sharply reduce the number of opens in a season. Sandy Johnson, animal science specialist with Kansas State University Research and Extension, says with AI and estrus synchronization, producers can get a 60% pregnancy rate in mature cows on three trips through the chute, the third being to install semen without any heat detection.
“On the first day of the breeding season,” Johnson says, “using a fixed-timed AI program, we put semen in virtually every cow, so she’s had a number one chance to get pregnant on Day One. By 42 days into the breeding season she has had three chances to get pregnant, where as unsynchronized it might take 60 or more days. In some of our better herds, the breeding season can be shortened to 45 or 50 days, while still maintaining high pregnancy rates.”

She says this also creates marketing advantages; the calves are born closer together so the weights will be uniform, and if pregnancy can be achieved early in the season, the producer will have more pounds to sell. That uniformity, plus the genetic advantages of using an AI bull, can offset the additional cost of synchronized breeding.

Shafer says the industry is doing a better job of boiling selection decisions down mathematically. Right now, he says, “we go to a bull sale, and we sit there and look through the sale catalog and look at all this data, and somehow by the seat of our pants we try to assimilate all this information and make a decision on which animals are going to be most profitable.” The alternative, he says, is what are called “Economic Selection Indexes,” something the swine and poultry industry has been assessing for years, and the dairy breeders have recently adopted. “The beef industry has just kind of stuck their toe in the water in this area,” he says, “but I think in the future, they’ll be used very heavily. And really, all they are is an accountant’s approach to predicting profits by tying genetics and economics together.”

For more information on the programs the experts are affiliated with please visit:
American Simmental Association http://www.simmental.org
University of Arkansas Division of Agriculture http://animalscience.uark.edu/index.htm
University of Kansas, K-State Research and Extension http://www.oznet.ksu.edu/DesktopDefault.aspx
--------
Wade Shafer is the Director of Performance Programs at the American Simmental Association. He received his undergraduate degree from North Dakota State, he went on to receive a masters and a PhD. in animal breeding from Colorado State. He is the former owner and manager of a 500 head Simmental, Charolais, Angus and composite seed stock operation. His area of expertise is in quantitative genetics and systems research.
--------
Brett Barham is an Assistant Professor with the University of Arkansas Division of Agriculture cooperative Extension Service. He was raised on a cow-calf ranch in the central section of New Mexico. As a youth, he began a small purebred herd with his sister that later provided the finances for his education at Texas Tech University. He received three degrees from Texas Tech, a B.S. degree in Animal Production, a M.S. degree In Animal Breeding and Genetics and a PhD. in Animal science. While at Texas Tech he was a member of the Livestock Judging team. His areas of interest include beef cattle genetics and the genetic control of carcass traits. His current job duties as the beef cattle breeding and genetics specialist in Arkansas include managing the Arkansas Steer Feed out Program, providing leadership for the Cow Herd Performance program and supporting the needs of the states purebred breeders. He has provided leadership to the new Beef IQ program, which is an in-depth educational training for producers with hands on training for many of the topics.
--------
Dr. Sandy Johnson is an Extension Livestock Specialist for K-State Research and Extension located at the Northwest Research and Extension Center in Colby. Dr Johnson was raised on a diversified livestock farm in northeast Nebraska and received a B.S. degree in Animal Science from the University of Nebraska. She went on to receive a M.S. degree from the University of Missouri and a PhD. degree from West Virginia University, both in Reproductive Physiology. She held a teaching position at Fort Hays State University before beginning her current position with Kansas State University in 1998. Dr. Johnson conducts research in the areas of estrous synchronization, costs of breeding systems and cow/calf management. Dr Johnson is a member of the Beef Reproductive Task Force, which has coordinated the Applied Reproductive Strategies in Beef Cattle workshops, updated the Estrous Synchronization Planner and organized the Beef Cattle Reproduction Leadership Team. All efforts aimed at promoting wider adoption of reproductive technologies among cow-calf producers and to educate veterinarians, AI technicians and cow-calf producers in management considerations that will increase the likelihood of successful AI breeding.

Considerations for Delayed Calving to Fall for Open Cows

Considerations for Delayed Calving to Fall...

Reproduction starts with Nutrition By...