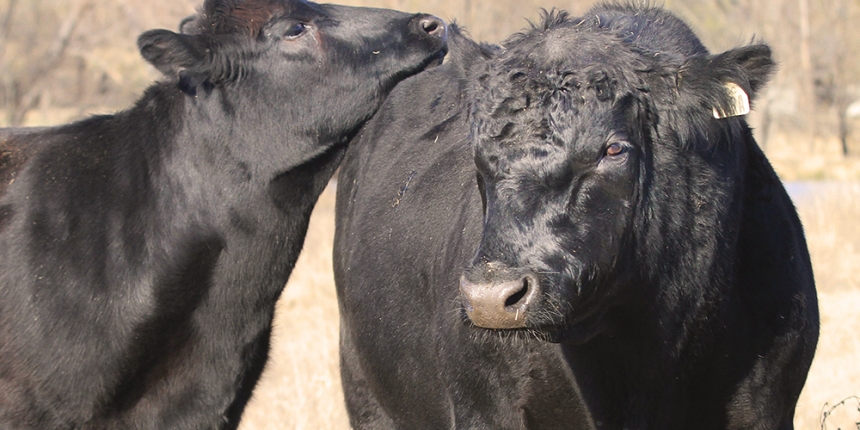 By and large, most beef cattle can handle reasonable parasitic loads fairly well. This is especially true when considered alongside their pasture counterparts such as sheep, goats and horses. But this does not mean you can give a casual glance at your herd, find a respectable body condition score and write off needing a deworming protocol. Far from it!

Even at subclinical levels, parasites are silently eating away at your profit in the forms of decreased efficiency, suppressed appetite, less milk production and unthrifty animals. Not having a distinct deworming protocol doesn’t just affect the present herd, it can contribute to widespread anthelmintic resistance and long-term pasture infestations. With the amount of research, products and strategies available, it is possible for every operation, regardless of its size, to take up an active role in safeguarding their animal health against overpowering parasitic invasion.

Consequences of Not Deworming
Every animal exposed to the outdoor world will encounter and have to live with both internal and external parasites. Even in feedlot or drylot situations, animals will still carry a degree of internal wormload.

Individuals who are chronic worm carriers can often be picked out with a trained eye. The presence of such animals, even if very few, may be an indicator of a greater subclinical problem. Even so, it is still impossible to have a distinct degree of severity without a fecal egg count reduction test (FECRT). This gives you an exact number of eggs being shed by individuals and proof of the adult population present in the animals. This test can even reveal subclinical animals who may be chronic, animals who are always carrying a higher wormload than the rest of the population, therefore always shedding excessive eggs only to re-infect other healthy animals. Such individuals need to be identified and either managed with more vigorous deworming or culled.

Another issue herds not routinely dewormed or monitored pose is infecting pastures. While worm burden on a pasture is variable according to season, climate, weather conditions and other factors, it is also heavily impacted by the animals stocked. For example, a pasture that was grazed by mature cows, left to rest then immediately stocked with cow-calf pairs or yearlings, those younger animals who are more susceptible will be walking fresh onto forage that’s been affected by more mature animals. Because many parasites are species-specific, this is where it can be helpful to allow horses, donkeys, sheep or goats to graze between groups to “clean up” parasites. Besides parasite load, rotation also prevents too much manure build up forcing animals to graze close to fresh piles that are full of worms and larvae.

Concerns about Building Resistance
Parasite resistance to anthelmintics will vary by individual herds and region, but it can happen anywhere. One of the fastest ways to accelerate widespread resistance is by improper deworming on a certain population. The first step in preventing this is understanding how this happens and its correlation with genetics.
Parasites who are unexposed to any anthelmintics are called refugia, which is Latin for “in refuge.” This means they avoided contact with any chemical dewormer in their lifecycle, be they residing in an animal or in the grass.

In a Louisiana State University Animal Health Notes white paper, Dr. Christine Navarre explains this very well. She says an important factor in slowing resistance is the proper maintenance of these refugia populations. This due to this population not having the genetics for anthelmintic resistance. Therefore, the greater your refugia population, the more resistance genes the exposed parasite population (those who were exposed to chemical treatment and survived) will be diluted via breeding.

Navarre puts this into example, explaining how when an entire group of animals is dewormed the refugia populations in those animals are eliminated as all the parasites are exposed and the only ones surviving will be carriers of the resistant genetics. Then, if those animals are then put on a “clean” pasture, she further explains, there will be greater opportunity for all those resistant parasites to breed together and produce a new generation that will be nearly entirely resistant.

What you can do
Part of avoiding resistance s understanding the interaction of your animals and parasites – and the ways in which your animals can build their own resistance before deploying specific chemical deformers.

William Halfman from the University of Wisconsin-Madison outlined some of the most important populations within the herd needing the most parasitic protection in a Beef Information Center white paper. He says these are heifers, weaned calves and second calf cows. As with other health issues, older animals develop varying degrees or resistance and usually only require limited treatment without clinical symptoms or a concerning FECRT.

The next recommendation Halfman offers is to be sure you deworm based on weight, regardless of the route of administration you are doing. Weight is by far the best way to get the most potency out of the product you are using, and ensure it is appropriate for the individual you are treating as opposed to blanketing the whole group.
Remember, even after you have dewormed your animals you will want to have a FECRT done again. Not only does this tell you if your treatment worked, it tells you how well it worked and can identify which animals are chronic shedders. If a dewormer has reduced the egg count number by more than 95%, it works well Halfman says in his paper. Less than that is an indication of resistance building up in your herd and you may want to try a different product.

Unfortunately, parasitic management is just that – management. No one silver bullet can knock out this issue long term in your herd. You can only monitor, practice good grazing and forage management and treat animals according to age and need. This is all done more to prevent an issue from ever even getting started. Even if you can’t physically see animals getting ill, remember an established parasitic population will eat away at your profits in the forms of rate of gain, weaning and yearling weights and efficiency. Remember to work alongside your veterinarian and be responsive to your herds specific needs and seasonal changes.