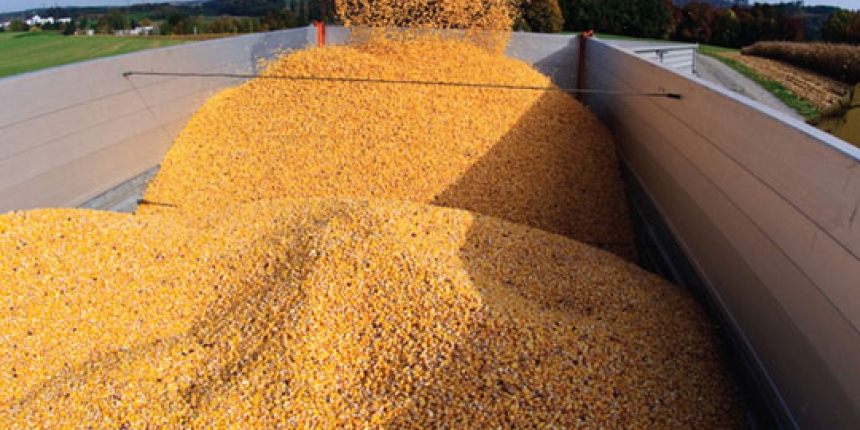 Corn (Zea Mays) is a popular feedstock for ethanol production in the United States due to its abundance and relative ease of conversion to ethyl alcohol (ethanol). Corn and other high-starch grains have been converted into ethanol for thousands of years, yet only in the past century has its use as fuel greatly expanded. Conversion includes grinding, cooking with enzymes, fermentation with yeast and distillation to remove water. For fuel ethanol, two more steps are included: molecular sieve to remove the last of the water and denaturing to make the ethanol undrinkable.

Current Potential for Use as a Biofuel

Corn grain makes a good biofuel feedstock due to its starch content and its comparatively easy conversion to ethanol. Infrastructure to plant, harvest and store corn in mass quantities benefits the corn ethanol industry. Unlike sugarcane, in which squeezed sugar water can be directly fermented, corn starch must be cooked with alpha and gluco-amylase enzymes to convert the starch to simple sugars. Cellulosic feedstocks are even more recalcitrant and require time and energy to convert to simple sugars. Under the renewable fuel standard set by Congress in 2007 (RFS-2), grain-based ethanol can make up 15 billion gallons of the 36 billion gallon-per-year requirement. Corn-based ethanol production capacity in 2009 was 10.6 billion gallons. The addition of idled capacity would increase potential production to 12.5 billion gallons per year (Renewable Fuels Association).

Corn production in the United States reached record highs in 2009 with 13.2 billion bushels from 86.5 million acres (National Ag Statistics Service). Using the current corn-to-ethanol conversion of 2.8 gallons of ethanol from a bushel of corn, total U.S. corn production could result in approximately 37 billion gallons of ethanol which would provide approximately 26 percent of our 137 billion gallon-per-year gasoline consumption (Energy Information Administration). However, using all of our corn for ethanol is neither realistic nor necessary and has not been proposed. Creating the 15 billion gallons required under the RFS-2 would call for 5.4 billion bushels or about 41 percent of our 2009 corn crop. Although this percentage seems rather high, one-third of the weight and 100 percent of the nutritional content of corn entering an ethanol dry mill biorefinery is returned to the feed market as distillers grains. These distillers’ grains can be used to replace corn in cattle, swine and poultry diets. When this replacement is calculated into the overall consumption figures, it lowers the number to 27 percent of our 2009 corn crop, or only 3.6 billion bushels of corn to produce the 15 billion required gallons. Throughout history, the United States has seen a steady increase in the yields of both corn and ethanol production. It is very likely that the United States will be able to increase corn ethanol production without expanding to new acres and still have plenty of corn remaining to meet other domestic use and export demands.

Corn (Zea Mays) originated in Central America with the first domestication, purported to be in the Tehuacan Valley of Mexico. Spreading throughout the North American continent, corn became an important crop for early Americans. At its peak in 1917, 111 million acres of corn were planted in the United States (Gibson and Benson, 2002). Today corn is planted on every continent in the world except Antarctica and is grown throughout many states in the United States, ranging from southern North Dakota to Texas and eastward to New York. Corn is well adapted to growing in temperatures between 50 and 86 degrees Fahrenheit (Hoeft et. al. 2000). To produce grain, corn will use approximately 22-28 inches of water, which requires 12 to 20 inches of rainfall or irrigation during the growing season (Al-Kaisi, 2000,)(Hoeft et. al. 2000)(Kranz et. al. 2008). Despite popular misconceptions, nearly 90 percent of U.S. grown corn is fed by natural rainfall only, with no irrigation necessary. Many parts of the upper Midwest are well suited to grow corn and this area is sometimes referred to as the Corn Belt.

Corn in the upper Midwest is seeded between March and May and harvested between September and November in most years. A majority of corn planted today has genetic resistance to some weeds, insects and plant pathogens. Corn hybrid resistance to various pests and pathogens is a result of biotechnology and plant breeding. Biotechnology traits aid producers in the control of weeds and insects, greatly reducing the amount of pesticides entering the environment (Brookes and Barfoot 2006). Much of the Corn Belt rotates with other crops,such as soybeans or wheat, to break weed, insect and disease cycles as well as to reduce the cost of production. Corn responds best to highly fertile soils with supplemental fertilizer applied in most years. Fertilizer may be inorganic chemical fertilizer or manure. Major nutrients required by corn are nitrogen, phosphorus and potassium. Inorganic nitrogen fertilizer production is very energy-intensive and as a result, nitrogen fertilizer represents nearly 30 percent of the energy inputs in corn production (BESS 2009). Other major inputs include diesel fuel for tractors, transportation, irrigation and electricity for irrigation and grain storage.

The average national corn yield was 165 bushels per acre in 2009. Corn yields have increased by approximately 2 bushels per acre each year since 1940 (NASS 2009). This increase will likely continue into the future, with some predicting the yield trend will amplify at a greater rate due to biotechnology and advancements in breeding. Ethanol yield per acre would be 462 gallons per acre from corn yields of 165 bushels per acre. An acre of sugar cane can produce an approximate 35 ton yield, resulting in about 560 gallons of sugar cane ethanol (Hofstrand, 2009).

Corn production has been blessed with nearly 100 years of infrastructure build-up and research. Farmers have great knowledge and experience in growing corn. This infrastructure and grower intelligence makes corn a natural crop for expanded uses such as ethanol. Yet high production costs and high inputs make corn a very intensive crop. Other bioenergy crops may be less intensive and require fewer inputs. The cost versus profit per acre needs to be compared, as economics is a major driver in deciding which crop is best. Growing another crop on an acre where corn could be grown carries risks that may include a new cropping system; no harvest, transport, or storage infrastructure; or no commodity market to fall back on if the biofuel market fails. Estimated Production Costs Production costs vary widely depending on tillage, irrigation, yield goal (soil fertility), spraying schedule, seed selection and rotation. An example corn budget with rain-fed, no-till, biotech seed, corn/soybean rotation, and 120 bushel yield goal would include a total cost of $211 per acre. If overhead -- crop insurance, land, taxes -- is included, the total is $305 per acre. Production costs increase to over $600 on irrigated fields with continuous corn (Klein and Wilson, 2010).

Life cycle analysis (LCA) of ethanol production from corn grain has yielded a net energy ratio of 1.2 to 1.45 (Liska et. al. 2009), which represents just a 20-percent to 45-percent positive energy balance in producing ethanol from corn. A major criticism of corn ethanol has been the large amount of fossil energy used in production. Environmental issues in corn production revolve around erosion, pesticide use and nutrient use. Pesticides and nutrients have the potential to contaminate surface and ground water. Soil erosion has led to loss of topsoil and polluted streams and river systems with silt. Continuous attention to these issues has led to improvements, yet they will remain concerns in crop production.

• Brookes G. and Barfoot P. (2006), Global Impact of biotech crops: Socioeconomic and Environmental Effects in the First Ten Years of Commercial Use, AgBioForum, 9(3) 139-151 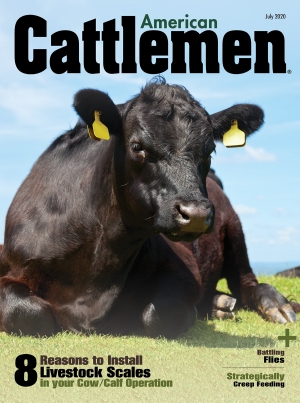