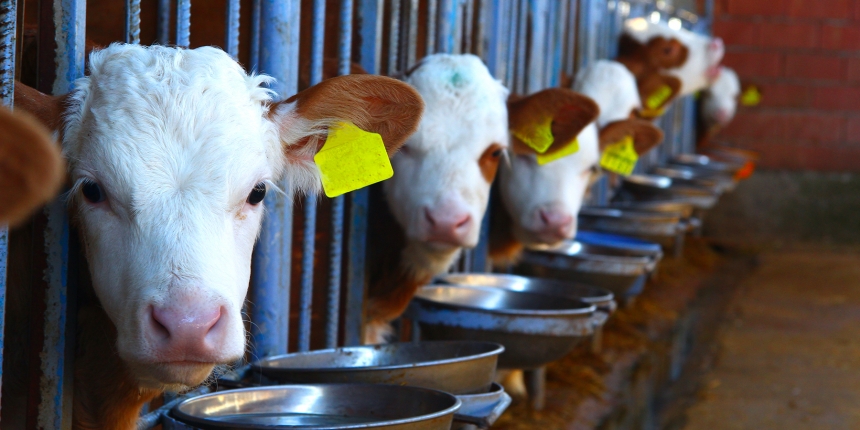 Calving season has already started for some producers, and will be starting for most others in the near future. Nutritional management of the cow herd is more important during the periods of late pregnancy and early lactation than any other. It has a huge impact on the performance of both the cow and the newborn calf. Nutrition for the cow is important during this period because of its effect on subsequent reproductive performance.

Nutrition Challenges & Management Tools
Nutritional status of the cow at the time that she calves and from calving until initiation of the breeding season will determine if and when she returns to estrus (cycles) and her level of fertility. Thus, it drives if and when cows become pregnant. To make the situation more complex to manage, the cow’s nutrient requirements increase throughout these periods. During late pregnancy, the fetus grows exponentially in the cow’s uterus, causing a directly proportional increase in nutrient requirements. The fetus makes 70% of its growth in the last 3 months of pregnancy. As this occurs, the growing fetus is filling an ever-increasing portion of the cow’s body cavity, thus displacing rumen capacity. This often requires the need to provide higher quality feed in late pregnancy to overcome lost capacity for forage intake. After the calf is born, nutrient requirements rise dramatically to meet the demand of milk production. The amount of increase is directly proportional to the genetic potential to produce milk, so the breed and bloodlines of the cow will influence her requirements for nutrients to produce milk.
All of these changing variables make it challenging to manage the nutrient intake to match the nutrient demand. A few tools are available to help with this process.

Feed Tests: Estimating feed nutritional value.
The first tool is to test feeds to know the nutrient content that the cows are receiving. This is relatively straight forward with harvested feeds where representative samples can be collected and sent to a feed testing lab. Once nutrient levels are known, ration balancing programs can be used to balance diets to meet nutrient requirements. They can also be used to consider alternative feeds or supplements to meet requirements while controlling feeding costs. Knowing the nutrient content of grazed forage is much more difficult because the character of the forage changes as time passes and more importantly, because grazing animals are selective and what they actually consume is better in quality than the average of everything available. If sampling pasture, attempt to grab samples similar to what they are eating rather than clipping to ground level, as clipping does not represent what the cows will actually consume. Any sample can still be useful in providing a starting point to estimate nutritional value (i.e. it’s better than guessing).

Body Condition Scoring: Monitoring condition & weight.
The second tool is to use body condition scoring (BCS) to evaluate the nutritional status of the cow. The most common BCS system is to numerically score the cows from 1 (thinnest) to 9 (fattest), with a moderate score of 5 being the most desirable at calving. Based on a great deal of research, cows with a BCS of 5 will have a high likelihood of returning to estrus by initiation of breeding. Managing BCS from calving until breeding is also important. Research indicates that feeding management should be adjusted so that cows that are not at a BCS of 5 at calving move toward a score of 5 by initiation of breeding. In other words, thin cows should gain BCS and fat cows should lose BCS. Again, research suggests that movement in nutritional status (BCS) toward a moderate level (BCS=5) will increase fertility so that more cows become pregnant.
Timing: Most beef cow nutritionists will recommend that a producer should body condition score their cows at calving. We suggest taking this very literal. If a producer is tagging and weighing calves as they are born, take a look at the cow and write down her BCS along with the calf data. As calving season progresses, keep track of the running average of the BCS of the cows. If the running average is 5 or 6, the cows are in great shape and it will be a simple matter of feeding them adequate nutrition to maintain BCS. If the running average is less than 5, then the feeding program should be changed to give them the opportunity to gain BCS before breeding begins.
Analysis: The second important aspect of recording cow BCS between calving and breeding is whether it is increasing or decreasing over time. If the running average of BCS at calving is decreasing as the calving season progresses, the cows are in a negative energy balance and pulling fat off their bodies (losing BCS). For example, lets say the running average after the first week of calving is 5.2, but at the end of the second week it is 5.1, and by the end of the third week it is 4.9. In this example, there is evidence that BCS is slipping. An average BCS of 4.9 seems close enough to 5 to consider the herd to be at the status you want, but the problem is that it needs to remain there until breeding and the fact the running average is declining suggests that it will not. Therefore, this is another indicator that your feeding program should be adjusted to provide the nutrients to gain body weight and condition.

Performance Impact
Nutrition of the cow during late gestation and early lactation is also very important to calf performance. Adequate nutrition to the pregnant cow will improve the nutritional status of the growing fetus inside the cow. This will lead to a strong calf that will have good vigor so that it stands quickly and suckles colostrum soon after birth. All of this is important to the early development of the immune system in the calf and will influence its health and performance throughout its life. It has been wrongly suggested that under-nourishment of the cow will reduce the birth weight of the calf to decrease calving difficulty. This practice actually backfires, in that undernourished cows are weak and cannot labor as vigorously, and undernourished newborn calves are weak, slow to rise, slow to suckle colostrum and as a result, will suffer increased sickness and death. Cow nutrition after calving will also affect amount and quality of milk produced, further influencing calf health and performance.
Money invested in improving cow nutritional status now will pay for itself in terms of improved cow pregnancy rates and calf weaning weights this coming fall. 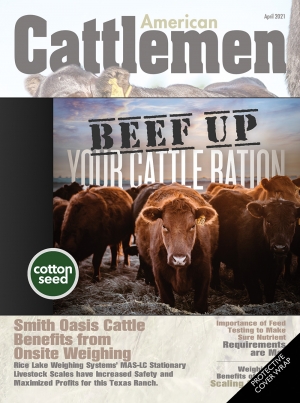