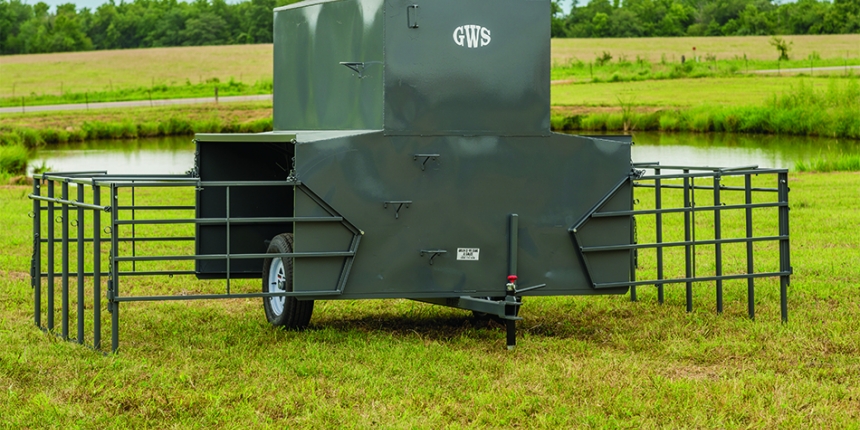 When it comes to calves, the definition of creep feeding may be straight forward but the process and reasons behind it are not black and white.  Strictly defined it means providing an extra feed source to beef calves still nursing their mothers on pasture, but the goal of this extra feeding must be decided if it is to be profitable and worth-while for the producer, calves and cows.

The main questions to answer each and every year is- Is it meant to supplement grass in good environmental conditions or is it meant to replace grass in poor quality, late in season or drought affected pasture?
When these two questions are satisfied, there are numerous other considerations and decisions that branch out from their answers. 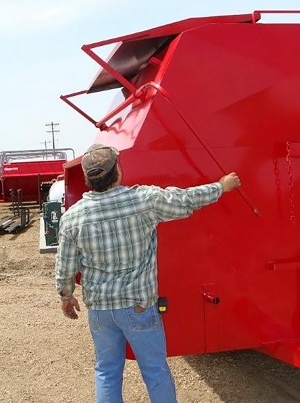 Is the goal strictly calf weight gain?  CHS Southwest Grain nutrition consultant Dustin Elkins notes studies have shown calves will add an additional 70 to 100 pounds when offered creep feed for four to eight weeks prior to weaning.
Some producers use creep feed primarily to save forage and grass for their cows.  Often during the mid to late summer season, the quality and quantity of available pasture is reduced putting pressure on the cow’s ability to maintain conditioning.  The Saskatchewan Agriculture Center Research Department estimates that for every pound of creep feed consumed by a calf, there can be a savings of ½ to 1 pound of forage for the cow to make use of.
Is the goal to supplement the growing calf’s energy, trace mineral and salt requirements to help build stronger immune systems and better rumen function postweaning?
Or is it to allow the calf to become accustomed to eating from a trough or bunk which may help reduce the stress of the weaning process?
The answers to all these questions tie back into the two original considerations of grass supplement or replacement.  For ample lush pasture conditions, only 5- 7 lbs. of ration per day may be required.  If the focus is to replace a large percentage of the grass diet, 8- 11 lbs. could be needed.
Karl Hoppe, North Dakota State University Extension Livestock Specialist recommends producers start calves on creep feed as soon as possible to avoid digestive upsets.  “I’m always concerned when pastures become over-grazed and then creep feed is introduced.  This can lead to extremely high intakes of creep feed and result in sickness and possible death.”  It is essential that feeders don’t run empty as calves may over-eat when they get filled.
Creep feeding should be treated as a fluid management decision rather than a routine practice, but never disregarded, for a young calf is at its highest peak for feed efficiency and conversion, reaching three times that of a cow, making it much more cost-effective to feed than a poorly conditioned cow in fall or winter.
No matter the decided reasons for creep feeding, there are a few dos and don’ts to keep in mind.
Rations and their ingredients are key.  Hoppe said, “If the pasture condition is good to exceptional, be sure to use a creep feed that is formulated to supplement grass, rather than replace grass.”  A nutritious well-balanced free choice feed should contain 14- 16% crude protein that is high in fiber and well-fortified with vitamins and minerals plus an ionophore such as Rumensin or Bovatec to enhance feed efficiency, limit over-eating and prevent coccidiosis.
Adequate amounts of feeders allowing enough space for calves should initially be located where cattle congregate, so calves will begin to use them, but once feed intake increases, they should be moved farther into the pastures to utilize grass and literally lead the herd to areas they may otherwise avoid.
Avoid low wet spots and windy hill-tops and be sure to inspect and clean the feeders after rainfalls to remove fly attracting spoilage.
The benefits of creep feeding will vary from operation to operation and depend heavily on environmental conditions and price variations from year to year.  The economics of all factors should be assessed before starting a program, but the potential returns of added weight gains, reduced weaning stress and health and nutritional benefits for both the calves and cows, can easily tip the scales in favor of a well thought out and managed creep feeding program.

An Evolution of Sorts

An Evolution of Sorts. By Maura Keller....