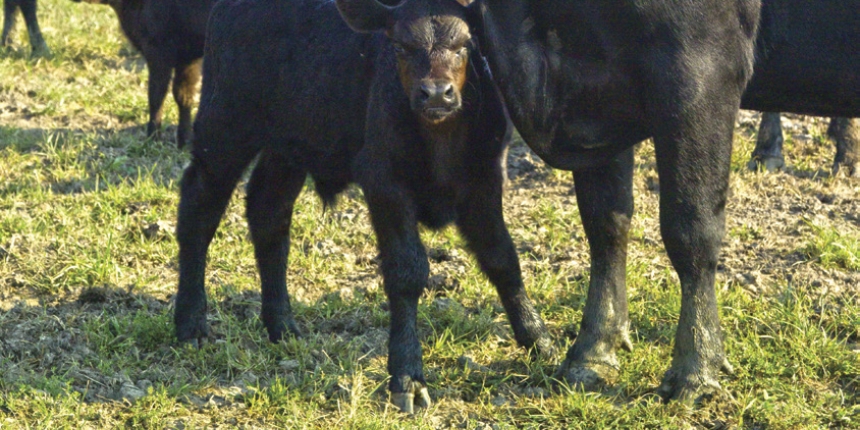 Accuracy and reliability are becoming required tools of the trade for many in agriculture. On a diversified farm in central Illinois, T.J. Curtin has seen that reality in all areas of production – from growing corn and soybeans to raising registered Angus bulls.

Curtin likens the cattle industry’s use of DNA technology to other agricultural advancements, such as the use of seed varieties in row-crop operations.  “In Illinois, corn is king,” Curtin says. “Seed-corn companies today offer us much more information on each variety, and that improves accuracy. Buying a bull is similar to buying a bag of seed corn, and if I can offer higher accuracy using genomic technology, then I am willing to do that.”

The Curtin family has been raising Angus cattle near Blue Mound, Ill., for nearly 80 years. Now in its fourth generation, Curtin Land and Cattle is home to 200-plus head of registered Angus cattle, an expansive row-crop operation and a family trucking business. The Curtins sell about 40 registered bulls each year during the annual production sale. “As farmers we take risks all the time, but when we can lessen that risk, that is of great value,” Curtin says.

“Commercial producers put a lot of trust in us as breeders, and if I can offer them higher accuracy for what cattle are going to do, then I should do that.” Curtin attended a sale three years ago where the breeder had DNA tested all the cattle in the sale offering. As he studied the information, he realized the value that additional data brought to buyers making decisions on what animals to purchase. “I decided to bring that technology into our operation and test our sale offering that coming year,” Curtin says. “We’ve tested our cattle every year since.” Curtin is part of a growing number of cattlemen who are contributing genomic information into the expected progeny differences (EPDs) produced by the American Angus Association. During fiscal year 2013, Angus Genetics Inc. (AGI) included high-density genomic results on more than 40,000 in the weekly National Cattle Evaluation, and that upward trend is holding true in 2014, as well.

DNA information incorporated into genomic-enhanced EPDs can be a powerful tool for cattlemen wanting to make more rapid herd improvement. In many cases, it’s similar to an added 10 to 12 progeny being reported on a given animal. “When evaluating young, unproven cattle, genomic data can be a valuable tool,” says Tonya Amen, AGI  genetic service director. “Knowing more about potential breeding stock before they are brought to the farm or ranch, allows for more accurate selection and breeding decisions and the more likely we are to make favorable progress in the years ahead.” Last spring, Curtin conducted a survey of his customers to determine whether or not they value genomic data when making a bull purchase. About 85 percent of respondents said yes, and Curtin says that is all the reassurance he needs to know the technology is worthwhile.

“This type of technology is significant because we need to feed a growing world, on less land,” Curtin says. “And we need to identify those superior cattle that can covert feed more efficiently and keep producing more beef with less cattle.”

Reprinted with permission from the American Angus Association.