'Fescue Season' Is About to Begin 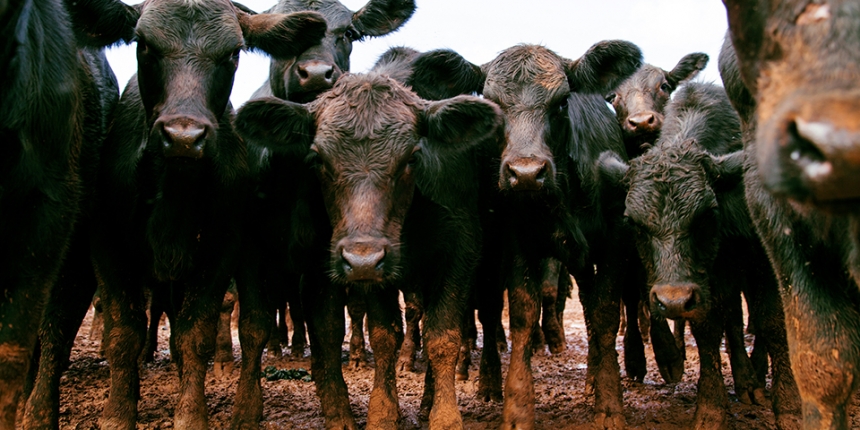 'Fescue Season' Is About to Begin

With ‘mud-season’ just about complete for everyone across the nation, it’s finally time to turn our attention back to grazing and managing Spring pastures. The warmer temperatures will soon bring an explosion in growth rates, and so utilizing Spring pastures effectively will be the biggest challenge many producers will face over the coming weeks.

Starting Early
Ideally, if pastures are set-up for rotational grazing, fescue stands can be grazed up to a month earlier than under traditional set-stocked pastures. This earlier turn-out on to pasture has enormous benefits for the business, as it reduces the need for expensive hay and grains to be fed to cows, while also increasing the annual proportion of grazed grass in the diet. The earlier turnout available to rotational graziers will not diminish future growth rates or total fescue production, as the grass will have sufficient time to recover before the second grazing. In some cases, this rest period could be 60 days between the first Spring grazing and the second time the cows will enter that paddock. This early first rotation needs to be penciled out – so as to plan on having enough grass on the ranch until growth rates really kick off. Some supplementation with hay may be needed depending on feed supply, but getting an early start to the grazing season remains a key part of the most profitable grazing farms.

Spring Growth
Once the weather warms up and grass growth rates seem to increase almost daily, keeping quality in the pasture can be a challenge. Some producers have found success by increasing stocking rate in Spring, sometimes using stocker cattle for example to keep the grazing pressure high on the ranch during the Spring growth flush. High grazing pressure will help maintain pastures in a growing stage for longer, before they turn into a hay crop with stem and seed-heads developing. High rainfall areas and irrigated pastures are most at risk of rapidly getting to boot stage and forming seeds as we move through Spring. If pastures typically tend to turn from Spring flush to a hay crop, it may be worth considering increasing stocking rates or delaying fertilizer applications to later in the season. As fescue will be growing rapidly in the cool and wet Spring weather, a fertilizer application at this time will only increase this excess growth rate and push the ranch into a poor quality feed supply and hay crop much earlier in the season than necessary. Indeed some extension agents are now advising on delaying fertilizer spreading all the way until Fall, when producers can get more bang for their buck by extending the grazing season into the latter stages of the year.

Legumes
Another option for ranchers in Spring is to plant legumes rather than applying fertilizer. Legumes such as red and white clover are a great accompanying crop to fescue and help boost the quality and productivity of a pasture. The low levels of NDF and stem found in clovers increases the rate of digestion in cattle, causing cows to feel hungrier sooner, and actually eat more pasture. Clovers will also help to dilute the fescue sward for toxicity and reduce the effects of ergovaline in the pasture.  Saving on Spring Nitrogen and applying clover instead will help save future N costs, when the legumes begin to fix atmospheric nitrogen from the air and make it available in the root zone for the neighboring fescue plants. Clovers can be frost seeded by broadcasting it with a fertilizer spreader, and then the swards grazed soon after to help the seed get trampled in by the cows and gain better soil-seed contact. Some ranchers have established excellent clover stands by using the broadcast method. Mixing the clover seed with a small amount of compound (P and K) granular fertilizer can make spreading/broadcasting easier. If this method is chosen, take care to regularly mix the clover and fertilizer, and reduce the width between tramlines by 50%. Clover seed is smaller and lighter than granular fertilizer, so it will not travel as far through the air as the fertilizer. This can lead to strips of clover and strips without clover across a field if the standard tramline width distances are used. Alternatively, clover seed can be direct drilled or stitched into the surface of the soil at a shallow depth. Regardless of planting method, the new clover seedling will require ample amounts of sunshine to become established, and it will be necessary to graze out the fescue regularly so as not to shade out the new clover seedlings.