Future of the Cattle Industry 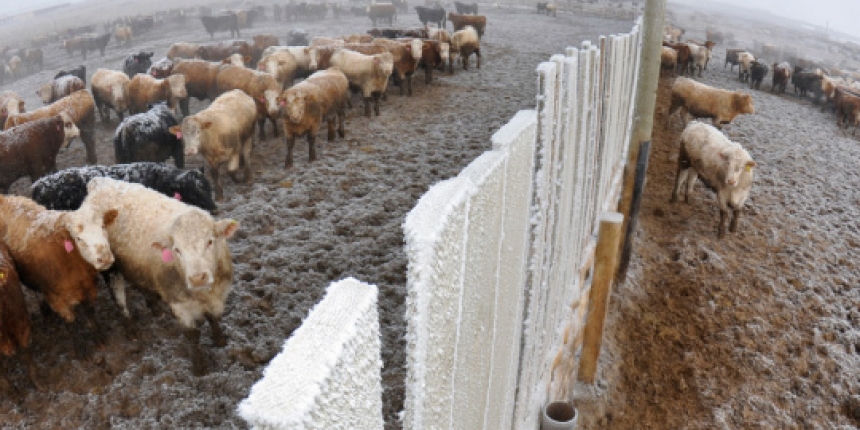 But the consumers today want more, as much as the industry can manage. “Consumers want choices,” says Anderson, “and they find the things that they want to try. They may be small niches, but choices by consumers seem to be expanding. And I think that provides an opportunity for a lot of cattle producers.”
Some of the niches are familiar. The number of organic or natural beef enterprises seems to be growing constantly. Anderson has his doubts though. “I think it’s a tough call whether that will get bigger,” he says. “Whatever ‘organic’ is, it typically costs more than non-organic. How much is the recession that we’re in now going to slow that down? I’m not sure we’ve got a good answer for that.” Nonetheless, he believes the customer base is a relatively small group of people, and the numbers would seem to correlate with that.
The 2007 Census of Agriculture found 963,669 farms with cattle in the United States; there is no breakout for organic beef. Fewer than 2,500 farms had organic livestock or poultry of any kind, and only 251 of those had sales of $50,000 or more.

There are also ranchers who raise cattle without synthetic hormones for the European market, or with age verification if the beef is destined for Asia. Anderson again wonders about the future of those markets. At one time, Japan took 2% of all the beef produced in the United States; then came the December 2003 BSE case in Washington State, and the market was closed to the U.S. for three years. It’s reopened, but only for beef proven to be from cattle that are under 21 months of age. Sales are improving, but they’re barely 25% of what they were pre-BSE.

The European hormone-free market is much smaller. Anderson says, “Even if you went through and got certified as a non-hormone treated product and did all of the process certification, it’s still a very tough market to get into.” He wonders whether the motivation that caused the E.U. to bar U.S. beef will just extend to a new set of rules, leaving U.S. producers continually trying to adapt.
Those are just a few of many niches. Anderson notes that, while food retailing has been consolidating into fewer hands, the number of products offered has been expanding and changing to meet consumers’ craving for something new and different. As of 2006, over 20,000 new food and beverage products a year were being introduced; according to market research firm Datamonitor. That variation as Anderson indicates offers opportunities for agricultural producers who seek to find a niche market.
There are other changes taking place on the ranch and in the beef industry; although there is a consolidation of sorts taking place. Anderson says it’s not the same as what’s happened in the swine and broiler businesses, which are now dominated by vertical integration. “The thing that makes the cattle industry different,” he explains, “is cattle, being ruminants, can use grassland. It’s a very extensive type of production system, with cattle grazing all over the place. So in terms of change from a financial standpoint it takes a huge amount of capital to tie up the land to do it that way.”

But there is consolidation further down the chain. The Big Five beef packers have become the Big Four, with JBS-Swift’s acquisition of the beef production properties previously owned by Smithfield Foods; JBS, Tyson, National Beef and Cargill now control 80% of fed cattle slaughter. In addition, there has been more consolidation in the retail sector; according to Supermarket News, the ten largest food retailers in the U.S. and Canada had sales of $613.2 billion in 2008, up 7.5% over 2007. There is also consolidation going on in the cattle feeding sector, but some of that has been driven by economics; high feed prices and the drop in demand due to the recession has forced a number of feedlots out of business.

Much has been made of the ripple effect consolidation has had across the food chain; suppliers complain that corporate giants, that have massive discount chain stores, are able to dictate terms. So far, Anderson doesn’t see that extending down to the rancher level. “I think there’s still, for the most part, a disconnect there,” he says. “But I think the general long term trend is, it’s coming. I think over time, there’s going to be more that developing in terms of, ‘This is what you have to deliver; this is what we have to have’.”
But he believes the day when a rancher will have to enter into a marketing agreement to remain profitable is still a long way off. He says, “If you think about a large packing plant that slaughters, say, 2,500 head a day, they’ve got to draw from a huge number of producers sooner or later. They may draw from a few big feedlots, but eventually those calves come from a huge number of producers, just to supply the number of head that we produce every year. We’re not to the point where a large plant like that can draw from a small enough number of producers to narrow it down like that.”

On the other hand, the producer who is able to meet the requirements of the end user can still be rewarded with a premium. “I don’t think ‘consolidation’ is the right word,” says Anderson, “but we do see more direct sales of calves to people who know what they’re looking for, and have particular sources in mind. I think that’s going to continue to be a long-term trend.”

Will the demands of end users drive the herd toward homogeneity? “We have huge numbers of breeds,” Anderson reflects, “lots of different breed types where people use different types of animals. In some ways, you’re still trying to have cattle that perform well in the type of environment and climate that you’re in, and so that dictates some breed types. I think over time, though, there will be a better market for animals that can meet what that final demander wants.” And in fact, there are some feedlots that seek, if not exclusively, a preponderance of cattle of a certain breed or genetic type.

Breeding only certain types or certain breeds can create risks. A recent study by USDA’s Agricultural Research Service found selection of Holsteins for their milk production has created an inverse effect on the breeding capacity of the herd. Comparing modern commercial dairy cows with those from a University of Minnesota herd that has been maintained for decades without selecting for productivity, the scientists discovered many regions of the animals’ DNA that are associated with high milk output also contribute to reduced fertility.
But then again, Anderson notes the widespread nature of beef cattle production has been to its benefit. “Beef cattle still draw from a larger genetic pool, if we can use those terms, than some other industries do,” he says, whereas the pool from which dairy genetics are drawn, has been getting smaller and smaller particularly with the widespread use of artificial insemination. If the dairy industry were to abruptly discover a fatal, recessive genetic defect, as the beef industry did recently with Arthrogryposis Multiplex or “Curly Calf Syndrome,” the effect could be magnified due to their use of comparatively few sires.

Whether the consolidation in the food and meat processing sectors will continue is anyone’s guess, but if it does, Anderson doubts the government can stop it. “We’ve got antitrust legislation that we’ve had on the books for a hundred years or more,” he points out. “The business climate in the U.S. is, we allow firms to succeed or fail…There are reasons both sides may enter into contract production, for whatever benefits they get out of it.”
So the world around the cattleman’s continues to swirl, but the inroads into his business are more gradual. Anderson notes a couple of other factors, though, that will exert an increasing influence on cattle production. One is the diversion of ranchland to other uses for which it’s seen as more valuable. Some of the Mountain West, for instance, is moving from grazing land to development, or to tourist and recreation uses like hunting and fishing.The other issue that’s forcing change in animal agriculture is the animal welfare movement. Several states have adopted codes of acceptable practices; the Humane Society of the United States succeeded in getting ballot measures adopted in Florida and California, and other states like Michigan have preempted that possibility by working with the HSUS on new laws. “Rules and regulation and notions about how we raise livestock are going to continue,” says Anderson. I think that’s going to expand, and some of it’s because we just have a population that’s further removed from the food they eat.”