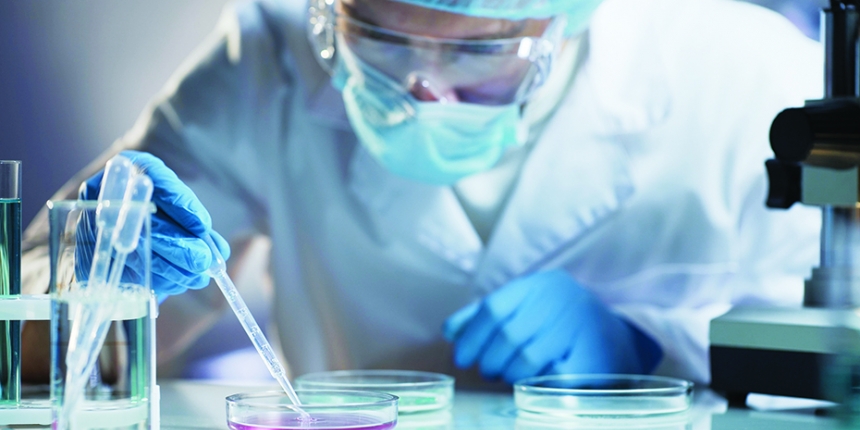 Sex sorted semen has enjoyed an increasingly popular place in the dairy industry’s reproduction and herd management programs over the past decade and a half. Now the beef industry is embracing sexed semen as producers realize its ability to deliver calves of the gender they want with the genetics they need to maximize profits, minimize the variables that cause financial loss and improve the sustainability of their herds.

Gender selection was considered the Holy Grail of reproduction science but was hardly a new idea. History is replete with examples dating back more than 2,000 years of folk methods and rituals thought to influence the gender of offspring but lacking any scientific basis. Current semen sorting technology traces its origins to the early 1980s, when scientists with the federal government struck upon a process using computers called flow cytometers to precisely measure the DNA content of sperm. Semen sorting is based on detecting the differing amounts of genetic material comprising the X chromosome (female) and the Y chromosome (male). In mammals, the X chromosome is larger, and thus has more genetic material than the Y chromosome.
Sex sorting begins by placing semen in a media containing a dye that is attracted to genetic material. The more genetic material a cell contains, the more dye it absorbs, so X chromosomes absorb more dye than do Y chromosomes. The semen is then run through a flow cytometer, where the sperm flow single file past a laser and fluoresce based on the amount of dye they absorbed. The more dye a sperm absorbed, the more they fluoresce.

Fourteen years of research and development later, federal researchers had a semen sorting process that consistently achieved suitable conception rates in cattle and they decided the time was right to license the technology for commercial purposes. During its early years as a commercial product, sexed semen was seen as somewhat of a reproduction novelty because it cost considerably more per straw than conventional semen, due to the cost of the sorting machines and the labor needed to run them, and it produced conception rates that were about 25 percent lower than those achieved using conventional semen.
“For most cattlemen, the ability to use sexed semen to produce a calf crop that is heavily skewed toward one desired gender or the other can have huge economic implications,” says Luke Bradford, Regional Sales Manager for livestock genetics company STgenetics, which specializes in sex-sorted semen. “With the early sexed semen technology, lower fertility of that product more often than not negated the advantages gained by using sex-sorted semen. However, with a sexed semen product, lower production costs, a genetically superior sire lineup and conception rates rivaling conventional, sex sorted semen is now a viable option in the tool box of both seedstock and commercial breeders.
“Often times, as you see here in the south with some of the Bos indicus influence, we have some breeds that garner high demand and premiums for the maternal attributes of that female. However, their male counterparts are not in high demand and often experience heavy discounts and poor prices,” Bradford continued. “For those breeders who make their living marketing replacement females, sexed semen can be a godsend to help them produce more of what they are wishing to sell and add more dollars to their bottom line.”
The flip side of this gender coin is the opportunities presented by male sexed semen — which has been historically neglected when producers consider using sexed semen. Bradford suggests that large seedstock breeders who rely on a sizeable bull offering as part of their annual income can use male-sexed semen to produce more bull calves out of higher-growth and carcass merit bulls to their commercial buyers.
“Again, using male sexed semen on more terminal oriented bulls, can allow for these designer matings that create exciting bulls for bull buyers, while females out of that same mating might not be as functional or sustainable to keep around in the herd,” Bradford said. “More and more commercial producers are using male sexed semen to increase their proportion of terminal steer calves. From birth, bull calves will grow more efficiently and wean heavier than their heifer counterparts. In addition to earning a premium, steer calves will go on in the feed yard to convert feed better, kill heavier and dress higher than their heifer counterparts as well. Sexed semen allows you to rapidly and efficiently make genetic progress in your herd.”
Feed is the largest variable expense by far for cattlemen, so identifying animals that gain more on less feed and using these animals in a breeding program will almost immediately impact a producer’s bottom line.
“What we’re doing here is identifying animals that do more with less. Feed efficiency is moderately heritable and is quickly becoming the next ‘must have’ trait in beef cattle,” Bradford said. “Basically, better production with less input equals higher efficiency and a cost savings to the producer, plus additional value added to those future herd sires and replacement females being sold.”
As the world population soars and demand for protein climbs, cattlemen are faced with providing more beef with a finite set of resources, making their jobs increasingly difficult. “We aren’t making more range land, so how do we build back our cattle inventory without creating more acres? How do we develop animals with less input while producing more pounds of beef?” Bradford asked before answering his own questions.
“By using science — sex sorted semen, genetics and breeding for feed efficiency— you can grow further without taxing your resources and outgrowing your raw materials. Producing more with less is not only good business, but it is also environmentally friendly and goes a long way toward creating a sustainable industry.”