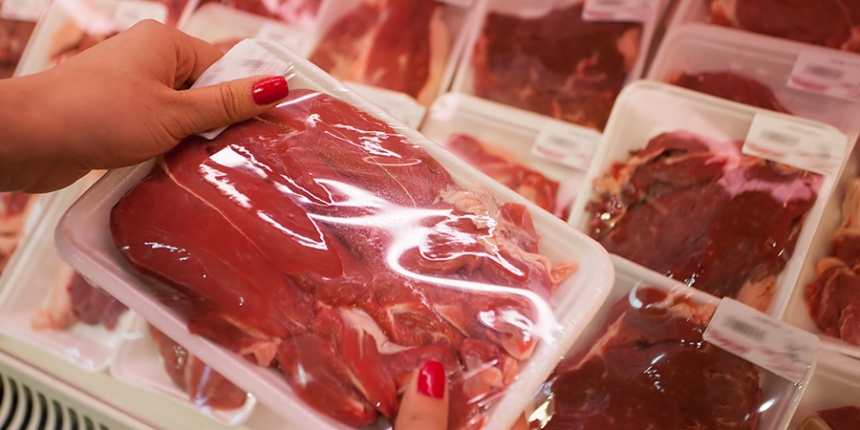 NCBA meets on Product labels
The National Cattlemen’s Beef Association (NCBA) will highlight the food safety and product labeling expertise of the U.S. Department of Agriculture (USDA) during a two-day public meeting on lab-grown fake meat.
The public meeting, hosted jointly by USDA and the Food and Drug Administration (FDA), takes place October 23-24. The meeting agenda lists a wide range of topics for consideration, including potential production hazards, food labeling, and marketing claims.
NCBA President Kevin Kester and President-Elect Jennifer Houston are scheduled to deliver remarks during the open comment periods of the session. Houston will explain why USDA is well-positioned to apply current food safety processes to lab-grown fake meat products. Two-thirds of the facilities already overseen by USDA are “processing-only” facilities where harvesting of animals does not take place.
“Ensuring lab-grown fake meat products are subject to strong, daily inspection by USDA’s trained professionals is essential,” she said. “The health of consumers is on the line, and USDA is far better suited to ensure the safety of lab-grown products.”
Kester will focus his comments on how USDA oversight provides protects consumers against false and misleading marketing claims.
“USDA can be trusted to enforce truthful, transparent labeling of the products under its jurisdiction,” he said. “Beef producers’ welcome competition, but product labels and marketing must be based on sound science, not the misleading claims of anti-animal agriculture activists.”

Open trade strategy a success
Kevin Kester, a fifth-generation California rancher and President of the National Cattlemen’s Beef Association, today released the following statement in response to news that negotiators have reached agreement on a new U.S.-Mexico-Canada trade agreement:
“This new agreement is great news for American cattle producers, and another sign that President Trump’s overall trade strategy is working. Over the past quarter century, free and open trade between the United States, Mexico, and Canada has been tremendously successful for our producers, and we’re pleased that we’ll be able to maintain our existing market access while seeing other U.S. producers get a better deal than they’ve gotten in the past. Hopefully Congress will approve this new deal early next year and provide American producers with the certainty we need to continue selling our products to our partners to the north and south.” 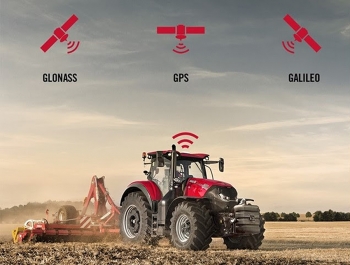 Case IH is enhancing the robustness of its RTK+ correction signal network by adding the European Galileo system to the compatible satellites with which it works, to maximise levels of signal reception and reliability for farmers using Case IH RTK+-guided auto-steering and related technologies.
Real time kinematic (RTK) systems typically depend on signals from the American GPS or Russian GLONASS satellite networks, both designed primarily for non-civilian use. To give European Case IH users a reliable alternative when using RTK+-guided steering systems with their sub-1.5cm repeatable accuracy, Case IH AFS RTK+ now also uses the Galileo network, a European system focused on civilian use.
The addition of Galileo to the global GNSS constellation helps minimise the risk of signal failure, a key driver for the integration of its signals into the Case IH AFS RTK+ signal system. European satellite network independence is a principal objective, but Case IH AFS RTK+ is also designed to be compatible with existing and planned GNSS satellites and inter-operable with GPS and GLONASS.
Galileo builds on the capabilities of EGNOS (European Geostationary Navigation Overlay Service), the first pan-European satellite navigation system, with improved positioning and timing information. As a result, consistency of signal coverage is enhanced, and a robust and reliable signal for accurate pass-to-pass repeatability is ensured. This benefits farmers by minimising downtime from waiting for lost signal to be regained, and ensures consistently high efficiency of use of seed, fertiliser and crop protection products through parallel passes with minimal overlap, thereby maximising crop potential.
“The use of GNSS technology is opening up new productivity levels and opportunities in European agriculture, providing farmers with an unprecedented level of knowledge about their crops, livestock and operations while making the sector more efficient, economically competitive and environmentally sustainable,” says Maxime Rocaboy, Product Marketing Manager AFS technology at Case IH.
“Enhanced RTK+ accuracy through incorporation of signals from the Galileo satellite system is a core way in which we can help Case IH tractor and combine users be innovative and competitive as they seek to help develop a sustainable agriculture to feed an ever-increasing world population in an environmentally responsible way.”

A Can’t Miss Week in Phoenix