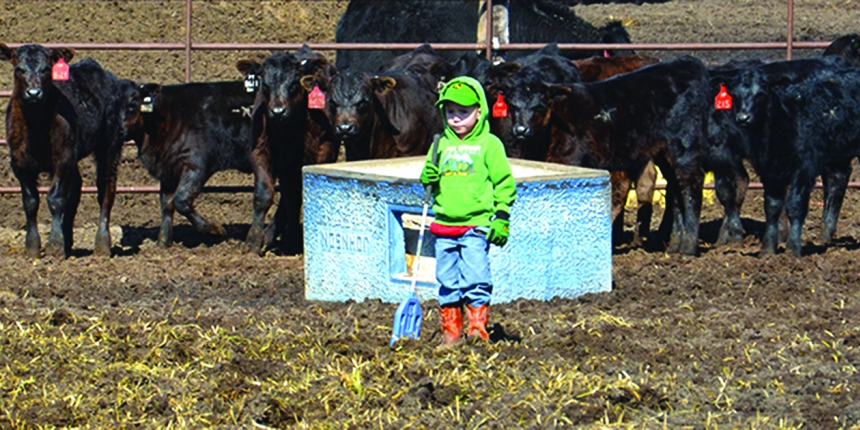 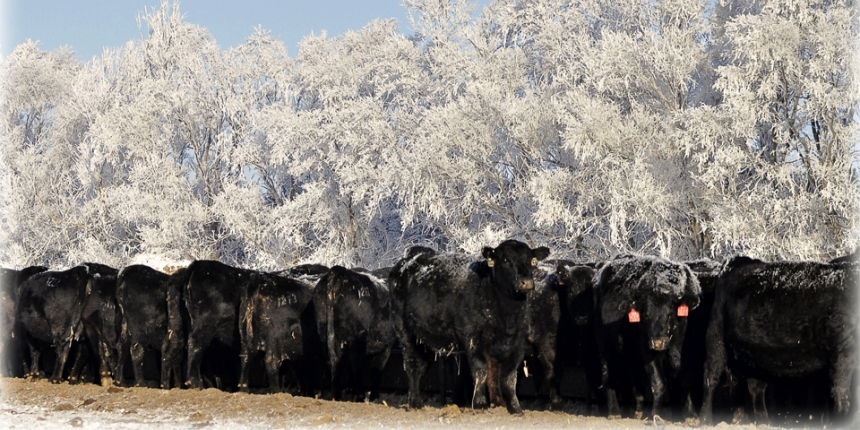 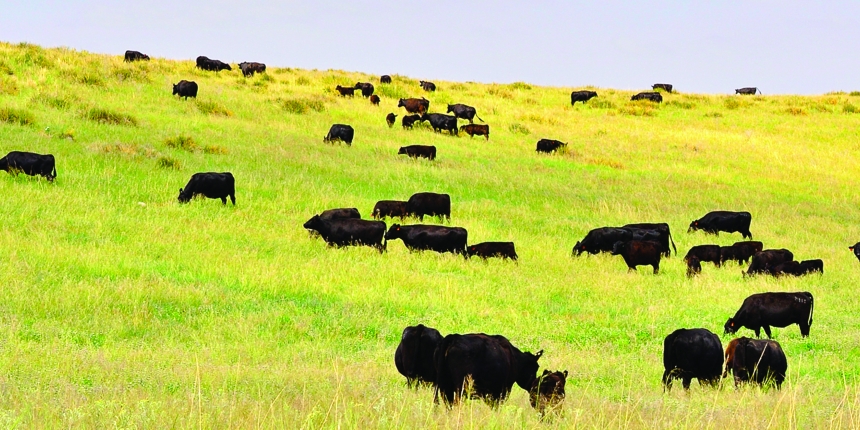 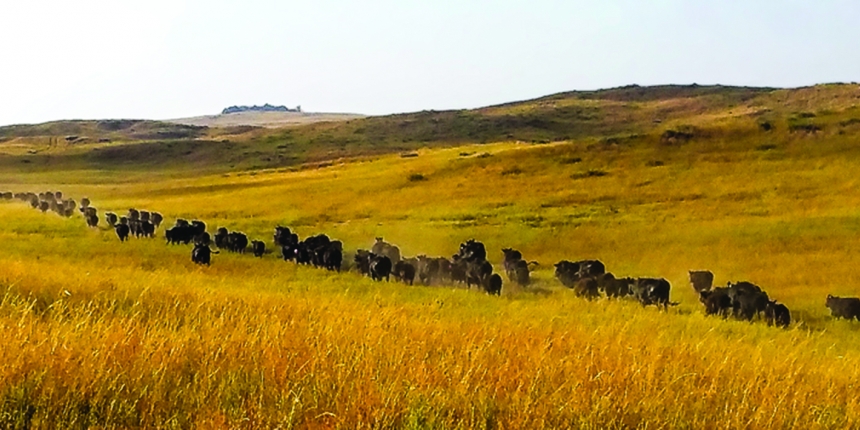 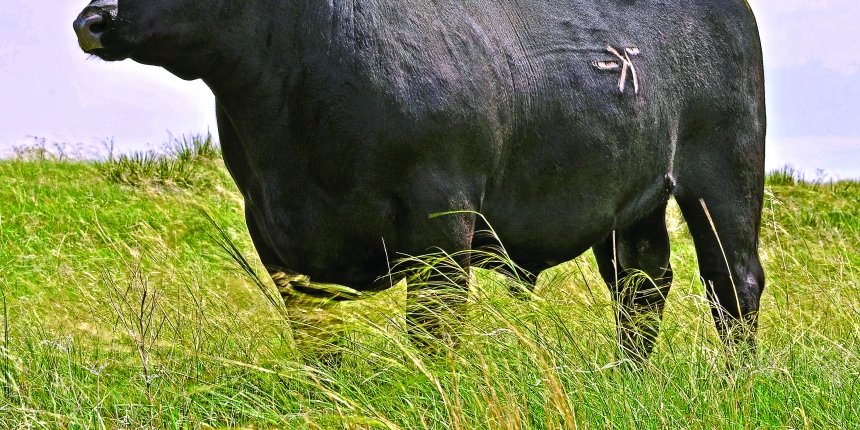 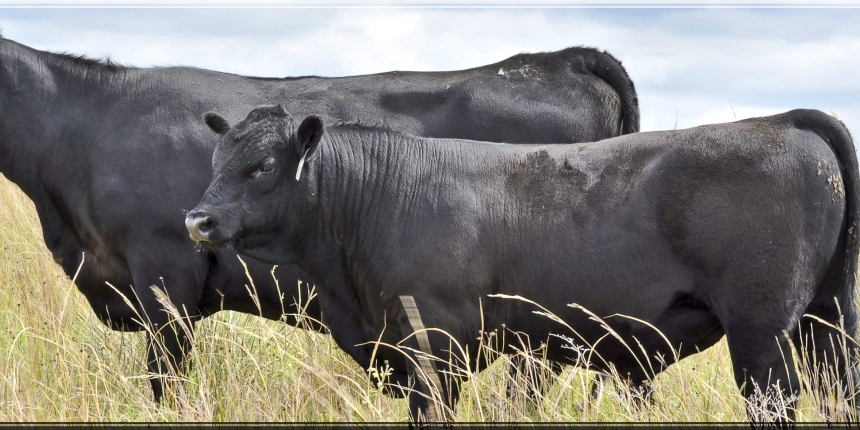 By Jeffrey A Earl 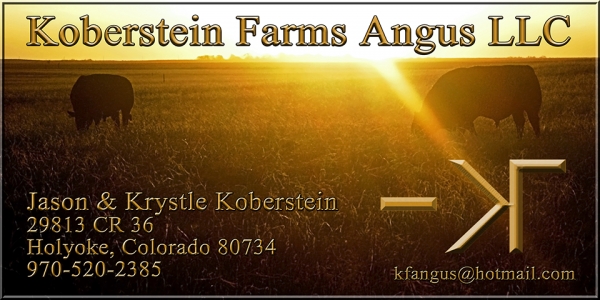 From the fertile farm ground of Northeast Colorado, a Registered Angus cow herd has begun to take root.  Jason and Krystle Koberstein have formed Koberstein Farms Angus LLC in Holyoke, Colorado.  Their 2nd Annul Bull Sale will take place on March 12, 2016 in Ogallala, Nebraska.  This may be their second Sale, but their cattle and their story are built on a tradition established from two unique families.In the late 1940’s, Jason’s grandfather purchased a 100 acre plot of ground. Over three generations, Jason’s father Dan and uncle Roger expanded the farming and commercial cattle operation to where it now consists of thousands of acres of irrigated and dryland farming with a sizeable commercial cow herd.  Watching this growth before his eyes, the 35 year old Jason reflects, “It’s what I always wanted to do. For nearly 50 years, my family has built up a commercial Angus operation, but we began thinking about making a change.” The family had purchased some of the leading bulls from the widely acclaimed Snyder Bros cow herd of Paxton, Nebraska.  Ken and Bruce Snyder had built a 50 year reputation of providing some of the best bulls raised on the powerful grass of the Nebraska Sandhills.  The Kobersteins saw the benefits of the Snyder genetics in their commercial cow herd, and the bulb went off in the young cattleman’s head.Jason and Krystle began formulating a plan to enter into the Registered Angus business.  Knowing they needed a strong foundation, they approached the Snyders about purchasing a small band of cows. Their continued admiration of the Snyder genetics led to the purchase of another set of young females. “We had purchased progeny from the Snyder Bros Angus for many years, and when their entire Registered Angus cow herd was offered for sale, Krystle and I both agreed we wanted to try and purchase the herd with the idea of carrying on with the purebred genetics that the Snyders had developed over the decades.” Their dream was about to become a reality.

A top cut sort of 250 bred cows and heifers were added to the existing Koberstein Farms Angus LLC herd, and a final joint Bull Sale of Snyder’s and Koberstein’s was conducted in 2014. “We will be forever thankful to Ken, Bruce, and their families for all the support they have given us since we began this endeavor”, says Jason. “We are privileged to be able to carry on the tradition that is synonymous with the Snyder Bros. name.”  The reins have now been passed.Jason knows that the success of his operation hinges on the not only the strength of his genetics, but that his cattle are developed under proper management.  An aggressive AI program ensures that his customers receive Angus genetics from some of the breed’s most notable sires as well as those chosen by Jason himself.  His implementation of embryo transfer from his selected donor cows offer the unique opportunity for cattlemen to purchased full brothers, and continue of his mission of providing replacement quality females in which to build a strong genetic foundation.A pair of Koberstein’s Herd Sires are currently part of the Select Sires’ Herd Directory.  Snyder bred and Koberstein owned, Plattemeere Weigh Up K360 and Baldridge Jennings Z064 are each some of Select’s most sought after Sires.  Their progeny will be featured in the Koberstein Bull Sale scheduled for March 12, 2016 in Ogallala, Nebraska.  “We want to ensure calving ease, superior growth, fertility, and carcass merits in a moderate mature frame with a consistency of phenotype that we demand”.  Jason feels that in order to judge the cattle together, they have to run together.  The cow herd is summered in the Sandhills where the calves are weaned and developed on the ranch in Colorado. The bulls all run together in a 50 acre pasture with only a perimeter fence. It is a head to head competition for feed with plenty of room to roam.  It is a level of management that commercial cattlemen can appreciate.The final touches are being put together on the Koberstein Farms Angus LLC Bull Sale.  The Sale will be broadcast on the internet at www.dvauction.com. You can receive the latest Sale updates at www.kfangusllc.com or call Jason at 970-520-2385. As I got to walk thru the bulls, you can feel the pride in the otherwise quiet cattleman.  It’s an impressive set of nearly 100 bulls that will be offered.  All the bulls are registered with a complete set of weights, ultrasound data, genomic tests, and verified parentage.  For the catalog, it is an impressive amount of paperwork but Jason feels that his customers need every piece of information available. “We have been pleased that 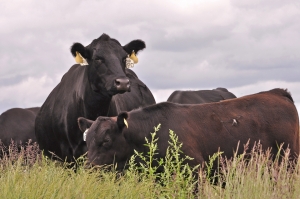 so many of the Snyder Bros. customers have stayed with us. Most of our business is in our region of Colorado, Wyoming, Kansas, and Nebraska. We have been fortunate to even sell some bulls to Russia. We hope to continue to add new customers as well”. Now they can add California to the list.

For the 2016 National Western Stock Show, the Kobersteins were invited to consign a heifer to the exclusive 2016 Bases Loaded Sale held at Coors Field. She was an impressive young heifer sired by their Herd Bull, Baldridge Jennings Z064, out of the full sister to another Herd Bull, Plattemere Weigh Up K360.  This young heifer stepped up to the plate and launched one into left as she commanded a selling price of $29,000 and she will be making her way to California. The humble young family could hardly contain their excitement. With their kids by their side, the 2nd, 3rd, and 4th generations shared an incredible moment. “Getting to see the kids grow up and be involved on the farm is something we will never take for granted. Doing this as a family is pretty special.” A proud wife has spoken.The Kobersteins are as innovative and aggressive as a farm family can be. Their uses of technology by broadcasting their Bull Sale live on the internet, to the use of pictures and video to give a visual presentation of their cattle, give them the ability to expand their valuable market area. Their herd records are available at the touch of a finger. Their research and knowledge of Angus genetics increases their capacity to make sound breeding decisions. No aspect of their cattle operation is built without a plan. The belief in their cattle is displayed by their willingness to put their genetics right on the plate. Jason’s Uncle Roger runs Colorado Natural Best Beef.  A natural beef of home raised cattle run on grass fields and fed an all-natural diet of alfalfa hay and ground corn straight off the Koberstein Farm. For more information call Roger at 970-580-4958 and visit their website at www.coloradonaturalbestbeef.com.Koberstein Farms Angus LLC is an impressive operation for Jason and Krystle’s young family. When the younger generation steps up and wants to carry on a ranching tradition, you should expect them to make changes. You should expect them to adapt. The legacy continues when they are mindful and respectful of the past. As Paul Harvey’s famous poem so eloquently states “… because he wants to spend his life doing what Dad does.”  The Kobersteins embody that spirit. 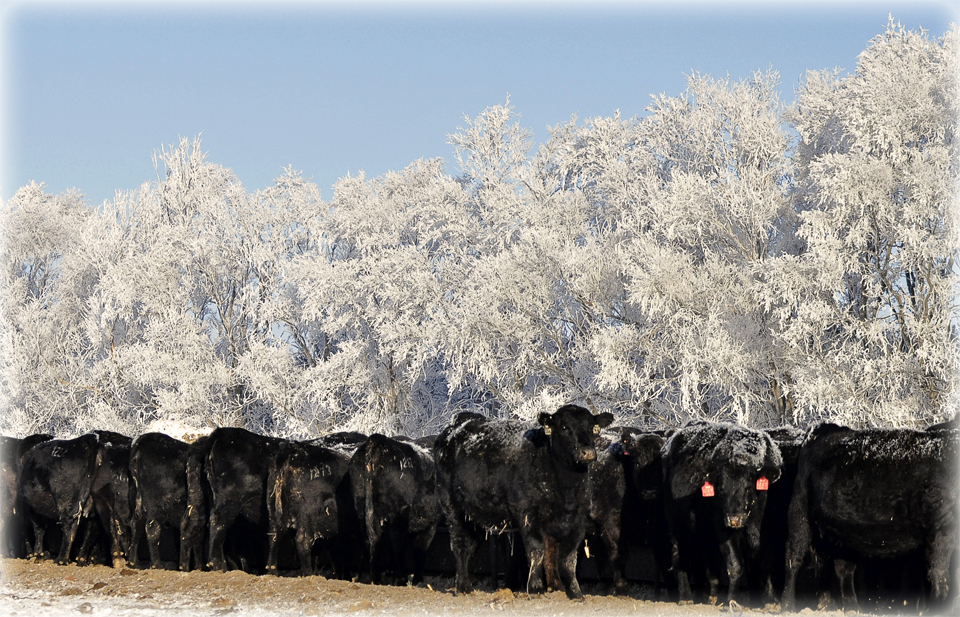