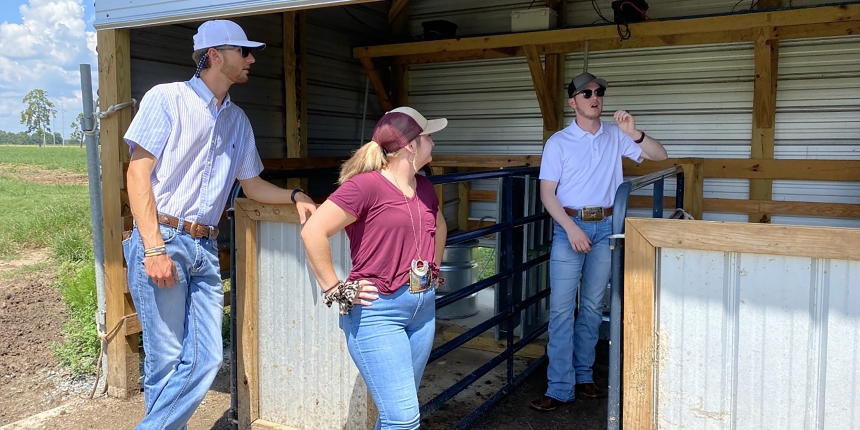 "Is Pumpkin ready for her photoshoot?” The matriarch of the herd at Abraham Baldwin Agricultural College starred in several photoshoots this summer. After ClicRweight Bovine Solution was integrated into ABAC’s Beef Unit in Tifton, GA, the cattle were quickly cast into the spotlight.

Through my experience acting as a student liaison between ABAC and ClicRtechnologies, I gained a deeper understanding of perspective and how differing perspectives result in differing reactions. This article focuses on the next generation’s reaction to this exciting new technology.

When agricultural communication meets agricultural technology, a story of deeper meaning often emerges. Throughout this year, many ABAC students took a special interest in this new remote sensing technology that enables producers to weigh cattle without scales. The ClicRweight Bovine Solution invites cattle to drink from water troughs while hundreds of photos are taken from above. Producers are provided with data on weights, water consumption, and more after the glamour shots are processed.

As the younger generation begins to take over family farms, the understanding and implementation of innovative technology become increasingly vital. “We are using the knowledge that was gained from past generations. The new generations can take that information and make it more efficient and beneficial for livestock operations,” Sam Monarch, ABAC Agricultural Communication student said, “The ClicRweight system represents a piece of technology that has been missing.”

As part of this process of interviewing, I found myself explaining the technology to people who understood cattle and technology in much greater depth than myself. I grew up as the daughter of an agricultural education teacher, but I lived in an area with mainly row crops. With a lot of research, I readied myself to communicate about the technology. The importance of communicating was emphasized with each new audience member.

Based on each person’s interests and background, the way he or she reacted to the technology was different. I saw wheels turn in people’s heads as they began to see the applications of a scaleless weighing system. A constant theme of entrepreneurship emerged. Entrepreneurship necessitates a differentiated business model, and ClicRtechnologies has proven they have no intentions to slow innovation.

“I’m a senior, so next year I’ll be graduating and looking for a job. Seeing the ClicRweight system helped show me what jobs are out there. As college students, the possibilities of internships and jobs are attractive to us. I am looking forward to seeing the other innovations for cattle coming out of the field,” Caleb Warren, ABAC Agribusiness student said.

Blake Segars, ABAC Agribusiness and Livestock Production student, connected the technology to his background in poultry.  “I have seen the ways precision agriculture propels the poultry world. If you could take some of the technology from the poultry world, and integrate it with ClicRtechnologies, it could revolutionize production. Depending on how the numbers land, farmers can increase profits. Farmers can turn their operations around with an opportunity like this.” When brainstorming the applications with bovine, swine, and alligators, producers in other areas of agriculture are left to guess how the technology could be integrated next.

Even with a spirit of entrepreneurship and innovation, ranchers face the struggles of labor shortages. “As an agribusiness manager, we can only do so much with two employees where three employees are needed. If this technology can save us time and money, then all it is doing is helping your bottom line,” Wyatt Doolittle, ABAC Agribusiness and Livestock Production student said. “Growing up on a stocker operation in North Carolina, not having to run cattle across the scale would have improved our productivity.”

“When thinking about adopting the technology, I would like to see how you can partner with other people such as feed companies. I believe the farmers who get in early will end up with the greatest advantages,” Doolittle said.

Sometimes the most tangible way of analyzing something is by looking at the numbers. “Run the numbers. Run the numbers. We talk about this all the time in class. A ranch is most successful when it accurately compares costs to benefits,” Warren said. “Producers know how many head of cattle they have. They know how much profit they need to make. Since the ClicRweight system will help ranchers stay in the green, it will be adopted.” 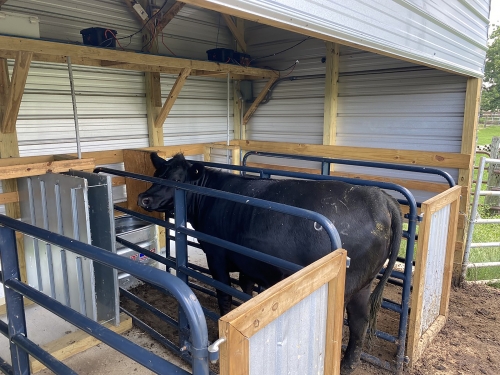 ClicRtechnologies has application beyond stocker operations.  “On the research side of things, I would imagine feed companies would work with producers to see how to maximize outputs with inputs. They want the data to see which feeds work better,” Lincoln Hart, ABAC Agribusiness student said. “You have a baseline to compare numbers to. Your weights are constantly being monitored rather than only having cattle weighed once a month.”

Regardless of each person’s background, I found that every person I interviewed was connected in more ways than one. The connectedness of the agriculture industry provides unique challenges.

“Many of the issues we face in agriculture come from misinformation. With a stream of information provided to our producers by ClicRweight, we have more information to give the public,” Monarch said. “All of this ties back to the fact that most kids were not raised on family farms or family ranches. It is hard to teach experience, but it can be easier to teach someone how to diagnose certain data points, which can be used to make decisions.”

Perhaps the most impressive part  is that all of this began when a few cowboys did not show up to weigh cattle. Joey Spicola, CEO of ClicRtechnlogies, said there had to be a better way. Any successful idea or project only occurs because of a combined effort. In the end, this project taught me the importance of perspective and innovation in the future of agriculture.

This is the final article in a series of six articles discussing the implementation of ClicRweight Bovine Solution at Abraham Baldwin Agricultural College. In this series of articles, we heard from people like the CEO of ClicRtechnologies and professors and students at ABAC. Agribusiness, agricultural technology, and animal science professionals gave their insights into the ClicRweight Bovine Solution. 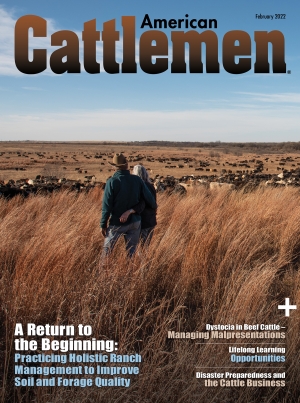