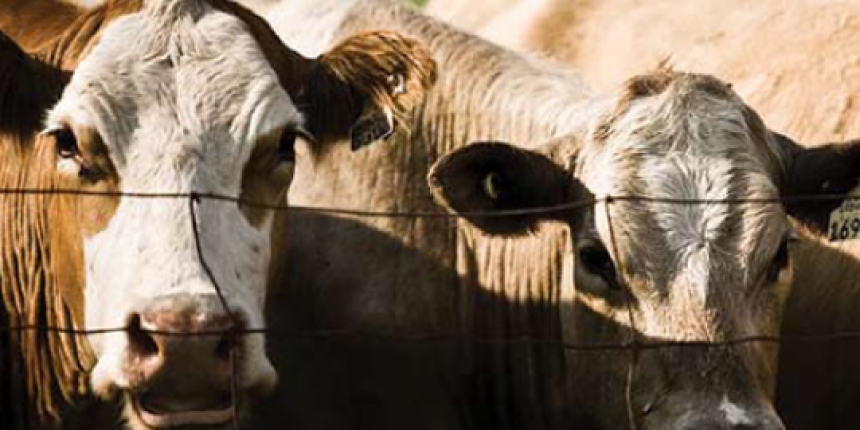 Ranchers around the country are capitalizing on the trend by going organic.
When cattlemen meet the strict rules of USDA’s Organic Marketing Program, they can use the government’s “Certified Organic” logo and provide assurances to demanding consumers. In some cases, cattle producers are pursuing it as a local enterprise, marketing the beef to nearby restaurants and grocery stores. Lane Mc- Connell, who manages organic promotion programs for the Missouri Department of Agriculture, says, “Consumers are wanting those local products, and wanting these types of niche products; they’re searching those out, and there’s a lot of different places now for farmers to sell products like this.”

One of the local producers McConnell is working with is Danny Hull, who is part of a fledgling organic beef marketing venture in the southwest Missouri community of Vanzant. Hull manages Black Gate Farms for owner Carolyn Penner, with the assistance of Penner’s son, Chris. “We’ve just really gotten started in this,” explains Hull. “We’ve not marketed any yet. We’re going to try to do that this coming year. We’re going to hit some of these farmers’ markets, and we’ve got a restaurant talking to us about it.”

Asked why the farm is going organic, Hull simply says, “Health…we’ve just been reading what this chemical fertilizer’s been doing, and what it’s been doing to the cattle, and the way God intended for them to eat the grass. You put those chemicals on the ground, and it changes everything—the structure, and kills all your microorganisms; makes your soil all dead, you know. It doesn’t let your worms and your tumblebugs and all that stuff work.”

Black Gate Farm’s herd of 230 mama cows is certified, and Hull has been using embryo transfers to impregnate them with Devon stock. One of the original English breeds, Devons are hardy and known as superior performers on grass; Hull’s cattle will strictly be finished on grass. He says, “You know what’s wrong with our cattle? They’re about 10” too tall. We’ve crossed them out with these Continentals—you can’t get these things fat on grass.”

He expected to have the first batch of calves ready for slaughter by the end of
2008, and has made arrangements with a nearby organic butcher (who also has to be certified) to process the meat; he says, “We’re just playing it by ear.” And they haven’t yet decided how much to charge for the beef. “That’s the big question we’re trying to decide,” Hull says, laughing. “We just don’t know yet. It’s in big demand; I know that.”

But some organic beef producers, instead of worrying about the marketing and pricing angles, are contracting with integrated processors who specialize in their product. Dakota Beef has been marketing organic beef since the start of the decade. Their plant in Howard, South Dakota, has the capacity to process more than 100 head of cattle daily into boneless primals, portion cut steaks and ground beef. They sell the ground beef nationwide through the Costco chain, and market through regional chains like HEB in Texas. Steve Hanley, vice president of the company’s Live Division, says business is good. “Consumer demand appears to be high,” he says, “primarily on the Coasts, and the South in the major cities, metropolitan areas. There’s really not a market, I guess, here in the Upper Midwest.”

Dakota Beef both finishes its own cattle, and procures finished cattle from ranchers. Hanley says they buy organically certified calves, raise them to 850-900 lbs on certified pastures in the summer months, and finish them to 1200-1250 lbs. in certified feeding facilities. He says they contract with cow/calf producers for one year’s production, and also try to get a three-year option, “so that next year we would have the first right of refusal to go back in and purchase their calves and their yearlings.” The price on subsequent years’ cattle, he adds, would be renegotiated. Dakota offers a fixed price, on a grid based on 50 lb weight increments.

As of early October, Dakota’s finished cattle on a carcass basis projected at $2.25-2.35/lb, roughly 60% above the price for conventional cattle. So, as Hanley says, “there’s definitely a premium out there for the organic cattle.” But the costs are much higher, too. He says organic grains are probably 2/3 higher than conventional grains. Also, whereas Hanley says there are plenty of organic cattle available from cow/calf and yearling producers right now, the conversion to organic grains have been going somewhat more slowly. Corn has become especially pricey. And while conventional feeders can procure byproducts from the ethanol industry, but organic producers don’t have that option, and their corn has been running $12 or more per bushel.

There’s also a shortage, he says, of both producers willing to finish out organic cattle, and grass to put calves on. Hanley’s had his most luck finding new cow/calf producers in the Western states, from western South Dakota into the Nebraska Panhandle and Montana. “All of that country is virgin, native prairie grass,” he says. “It probably has never seen any sprays, chemicals or fertilizers. All those cow/calf ranches are probably organic, and they don’t even realize they’re organic. So, the conversation for those types of producers is pretty quick and pretty easy.” Dakota Beef also has a full-time nutritionist who can help producers when their cattle has a health problem; if organic treatments don’t work, though, the animal has to be treated conventionally and removed from the program.

The money is better, but Hanley says that’s not the only reason his ranchers participate. “I think all the producers believe in the organic program,” he says. “They believe in providing a quality product, and also their belief system is that they’re helping the environment and kind of helping the cause.”

And many of them undoubtedly prefer their own product, too. As Danny Hull says, “I can’t eat that store bought stuff anymore; it doesn’t have any flavor to it!”