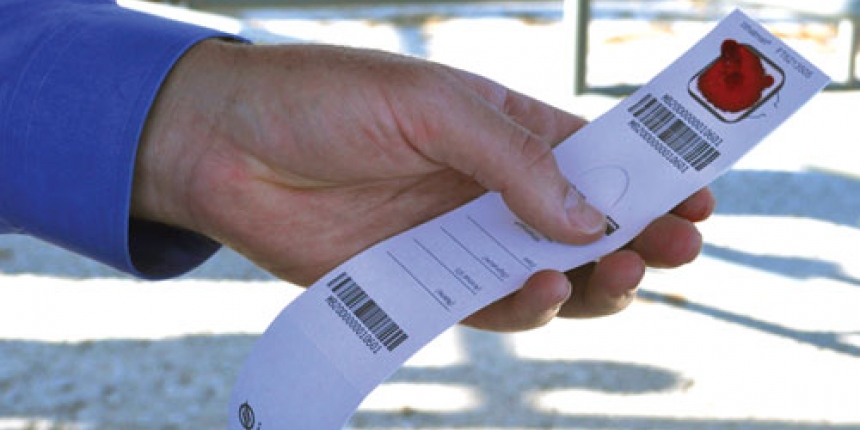 With a sample of hair, tissue or blood, cattle producers can find out whether the offspring of their breeding animals are more likely to produce tender beef, deliver calves more easily, or even survive at all.  And the companies that test the samples are only scratching the surface.

“We’re in the tens of thousands, the hundreds of thousands of markers related to different traits that are important to beef producers,” says Dr. Kevin DeHaan, Director of Technical Services for leading livestock genetic testing company Igenity.  “With a single DNA sample we can analyze for 20 pretty important traits that producers are interested in - when they’re looking at animals to keep or retain in their herds or sell, we can help them make better decisions in the whole process.”

A division of Sanofi subsidiary Merial, Igenity says because it identifies specific DNA-based molecules on specific chromosomes, its test is highly accurate.  The company says the correlation of actual performance to its scores on traits, ranging from reproduction characteristics like birth weight and calving ease to carcass characteristics like marbling and tenderness, were confirmed by a 50,000-head study that followed animals through the production chain to harvest.

To learn the genetic potential of the animal, the producer submits hair follicles, tissue punches and/or blood samples to the company’s lab in Lincoln, Neb.  Overnight shipping isn’t necessary; the US Postal Service will do.  Results are returned in 10-15 days.  Igenity offers results in the form of three different profiles—a basic test across all breeds for about 15 carcass, performance and maternal traits that also includes coat color and a horn/poll test; a larger test specifically for Angus producers with more traits, with the results sent to the American Angus Association and used to augment the Estimated Progeny Differences (EPDs) for registered animals; and a smaller test that assesses five traits and is intended to help cow/calf operators decide whether or not to retain heifers.

Igenity also tests for lethal recessive traits; among those that have been detected in animals with Angus bloodlines are arthrogryposis multiplex (curly calf), contractural arachnodactyly (fawn calf), and neuropathic hydrocephalus (waterhead).  DeHaan says with the availability of these tests, a valuable breeding animal discovered to have been descended from a carrier of those genes does not necessarily have to be sold off to slaughter.  “There’s a 50% chance that the animal is not a carrier and is free of that defect,” he says.  “With DNA we’re able to ‘save,’ if you will, some of the animals that are suspect of having that defect and find out that they’re actually free, so we can keep that genetic bloodline.”

Dr. Bob Weaber, Kansas State University Extension breeding and genetics specialist, says there’s increasing interest among cow/calf operators in knowing genetics, in part because their customers—cattle feeders and beef packers—want documentation on traits like marbling, carcass weight and rib-eye area.  But the cattle raisers themselves can also make use of genetics in breeding stock selection.  “Many of them are becoming more concerned about growth rate of the animals,” says Weaber.  “There’s growing interest in a new trait for genetic evaluation, and that’s feed efficiency or residual feed intake, or average daily gains—measurements of input requirements of animals.”  Other traits relate to the cow’s development, like mature height and weight and fertility.

It’s important to note that two positives together can make a negative; there are some genetic antogonisms between level of production and reproductive efficiency.  Weaber says, “Here in the Midwest, primarily a fescue environment, it’s pretty easy to make animals have too much growth potential, too much mature size, or too much lactation potential.”  If the animal’s body has competing energy needs, reproduction will be jettisoned in favor of growth.  He says, “One of the things that people are thinking about doing is selecting for more moderate sized cows, a more moderate level of lactation potential, as a way to bolster reproduction.”

What’s next?  Dr. Hayden Brown, Professor of Animal Science at the University of Arkansas, believes there are two areas in which genomics can be utilized to help commercial cattle producers.  First, it can be used to establish parenting, which in turn tells you which bulls are most effectively mating cows during a defined breeding season.  “That gives the producer an opportunity to identify those bulls that aren’t working, and make some management adjustments in that regard,” he says.

Genomics can also be used to sort cattle into management groups.  For instance, genetic markers have been found that identify which cattle are susceptible to the toxic effect of grazing endophyte-infected fescues; those cattle can be moved to an alternate forage program.  So you can use a genetic marker to identify those cattle that are resistant and place them on the fescue that you’ve got to utilize, and for those cattle that are susceptible you can find an alternate forage program.

Brown says the fees charged by companies like Igenity would likely have to come down before this type of testing gains popularity among commercial herd operators.  Although to a certain extent increased volumes would contribute to lower prices, “Most of these companies that are making this technology available have a tremendous amount of investment in getting to this point and I’m sure they’re trying to recover some of that investment.”

What is meant by a “marker”?  It’s a single gene, or a portion of a gene, that has been found in animals exhibiting a specific characteristic.  In most cases, markers are just fragments of genes or DNA sequences. “We’re developing more markers all the time, and we’ve got to have more time to let the science mature a little bit in terms of making that available industry-wide,” Brown says. “The breeding companies are certainly involved in identifying more markers for traits of economic importance; that’s going to be their ultimate goal, and how long they stay around will depend to a certain extent on how successful they are in doing that.”

But DeHaan is enthusiastic.  “The future looks exceptional,” he says.  “I think you’re going to continue to see improvements in our profiles; we’re going to identify additional markers, and even increase the power above and beyond what it is today.”

Spring WorkA couple weeks ago we vaccinated our...

Dr. JoePest Management Considerations for your...